What to Read, View and Visit This Month

Cylons return to a screen near you; the monstrous science behind Frankenstein; plus, the limitations of memory (and what you can do about them). 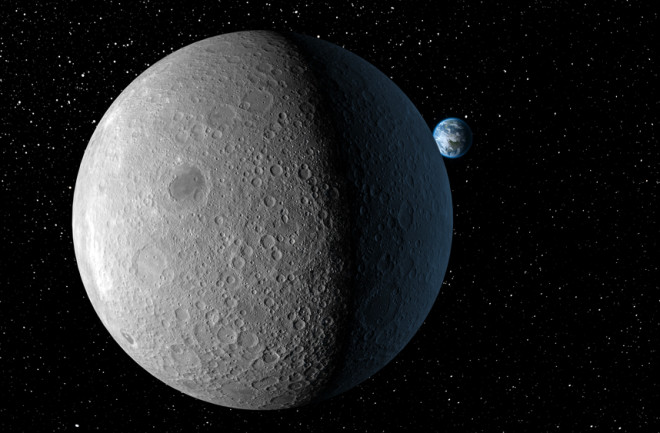 No mere planetary sidekicks, the many moons of our solar system take center stage in the Charles Hayden Planetarium’s newest show. Moons: Worlds of Mystery, produced by planetarium staff at Boston’s Museum of Science, showcases the beauty and variety of the 165-plus satellites in orbit around our system’s planets. The cast of characters includes Mars’s Deimos, a “city-sized, potato-shaped” hunk of rock, according to producer Dani LeBlanc, as well as Saturn’s rings, which may be the remains of a moon that got too close to the planet and was ripped apart. The show debunks many myths about our own moon, and examines how its pull on our planet may have slowed Earth’s rotation to a speed more conducive to the development of life. Shows daily.MOS.org

The Lady and Her Monsters By Roseanne Montillo

Lightning crackles overhead as 18th-century Italian physiologist Luigi Galvani strings up partly dissected—and very dead—frogs, hoping to reanimate them. From this opening scene, writer Roseanne Montillo plunges readers into a world of grave robbing and gruesome medical experimentation. Montillo uses the classic novel Frankenstein as her starting point to explore the shady science and changing social mores that inspired Mary Shelley’s 1818 tale, and folds details of Shelley’s personal life into a broader history of early anatomists and alchemists. Although they failed to crack the secret of creation, many, such as 16th-century alchemist Paracelsus, made valuable contributions to medicine and metallurgy. With a flair for both drama and detail, Montillo breathes her own kind of life into the story of the men determined to discover “its very elements.”

Between Man and Beast By Monte Reel

Self-taught explorer Paul Du Chaillu dispelled the myth of the gorilla as half-man, half-beast when he brought the first specimens to America in 1859 and to Europe two years later. His discoveries forced Western society to question the long-held belief that Caucasians were more evolved than other races, even as the scientific community looked askance at Du Chaillu’s maverick methods and lack of formal training. Journalist Monte Reel draws from tangential records of Du Chaillu’s contemporaries to piece together a somewhat disjointed but fascinating take on the elusive explorer.

More than 20 years after control freaks first reigned over their own pixelated populations, SimCity reboots with a new simulator engine, GlassBox, that brings unprecedented detail to the screen. Past simulators for the build-a-city game generated animations based on statistics of how urban systems work, but GlassBox uses software agents acting both independently and together to create more dynamic, highly realistic events. Other advances include more multicity play options and a nifty new tool to create curvy roads. In stores and online March 5. SimCity.com

The latest addition to the fleet of Battlestar Galactica spin-offs touches down in multiple formats, including Blu-ray, DVD, and UltraViolet for mobile streaming. Battlestar Galactica: Blood & Chrome debuted online as 10 short episodes via Machinima Prime's YouTube channel in late 2012. The new combo pack collects that material into a two-hour movie, fleshing out the story of young Captain William Adama (Luke Pasqualino) and his jaded co-pilot Coker (Ben Cotton) with additional scenes and bonus features. Available February 19.

Most of us believe our memories are fixed, like snapshots in our own personal scrapbooks. But in his latest book, Pieces of Light, award-winning author and psychologist Charles Fernyhough points to research that shows our minds revise memories with every recall. DISCOVER associate editor Gemma Tarlach talked to Fernyhough about the mutability of memories—and whether we’ll ever remember things as they really happened.

What reaction do people have to learning memories are not carved in stone?

Some people respond, “Who’s this guy to tell us we’re wrong?” But we don’t get the past wrong wholesale. We just mash up parts that don’t necessarily go together.

Since researching Pieces of Light, do you find yourself more aware of your own memory processing?

I think I’m more skeptical and more inclined to take my memories with a pinch of salt.

So many moments of our lives are chronicled in social media and with cell phones now. Does this impact forming or retrieving memories?

It’s fascinating, particularly for the younger generation. I can’t believe it won’t have an effect, but it may be difficult to prove scientifically. I think it’s the ubiquity of these images that will impact how memories form. I don’t think people look at photographs the way they used to, for example, when they were precious and you had to wait to get them back [from the developer].

What advice would you give to people who want to have more accurate memories?

Pay attention to different things, to things that might make the memory stick more. Watching X Factor the other night, I saw one of the singers standing in the audience, right next to a man who was recording it. How many times do we see that? People recording, but not experiencing the moment. We need to experience the totality of the moment. Who am I with? What are the sights and smells? You will probably encode the memory more fully if you’re more aware of its totality.

Will evidence pointing to the fallibility of our memories ever overcome our own desire to believe that we’re remembering things exactly as they happened?

I don’t think so. I wouldn’t want it to. We have an idea of who we are—that shapes our memories, and it distorts them. But that’s part of the science of the self.