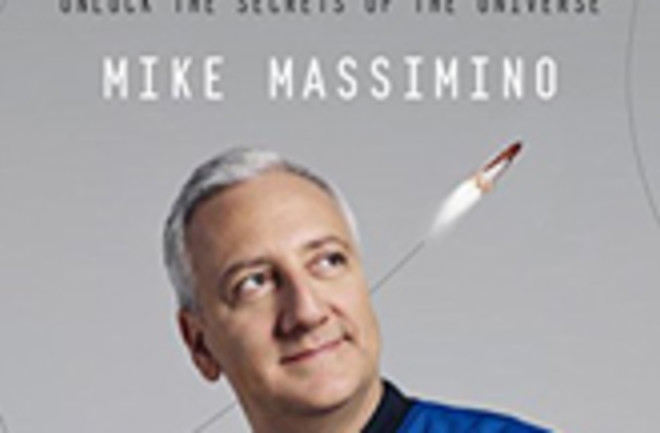 Spaceman: An Astronaut’s Unlikely Journey to Unlock the Secrets of the Universe By Mike Massimino

Astronauts do extraordinary things — but this funny, endearing memoir reveals that at least one of them is an ordinary guy at heart. Consider Massimino’s first impressions of the space shuttle: “It wasn’t some tin can being launched into orbit. It was a real, honest-to-God spaceship.” NASA rejected him twice, but Massimino persevered and was eventually accepted. During his 18 years with the program, he made it into space and played a key role in repairing the Hubble telescope. Through it all, he never lost his down-to-earth attitude, reflected on every page of this delightful read.

Science and the City: The Mechanics Behind the Metropolis By Laurie Winkless

Physicist Winkless offers an easy-reading crash course on the engineering and day-to-day operations of our urban centers, and previews what the cities of the future might be like.

The Aliens Are Coming! The Extra-ordinary Science Behind Our Search for Life in the UniverseBy Ben Miller

It’s a great big universe, and odds are we’re not alone in it. An actor and comedian armed with a degree in quantum physics, Miller makes a solid case for the existence of extraterrestrials. Whether it’s an objective look at UFO encounters, detailing the challenges of contacting aliens or explaining how life on Earth can inform our search, his snappy, conversational style will keep you turning the pages.

The Voices Within: The History & Science of How We Talk to OurselvesBy Charles Fernyhough

When you acknowledge your inner voice, does it sound like you? Does it narrate your life and experiences with actual words? Or is it a mishmash of words and images? Those are just some of the questions Fernyhough tackles in his exploration of our inner speech. From explaining the hurdles of studying our internal dialogue to setting the record straight on schizophrenia and “hearing voices,” this book is a must-read for those seeking to understand the voices in their heads.

History buffs and forensic nerds alike will delight as science historians Pemberton and Burney present a thoughtful analysis of the key players and events that helped crime scene investigation in Britain develop into what it is today.

Being A Dog: Following the Dog Into a World of SmellBy Alexandra Horowitz

The Lion in the Living Room: How House Cats Tamed Us and Took Over the WorldBy Abigail Tucker

More than half of American households have at least one cat or dog, but rarely do we really appreciate these furry friends as evolutionary masterpieces. Horowitz, who runs Barnard College’s Dog Cognition Lab in New York, focuses on the development and potential of dogs’ most impressive sense: scent. Take a black Lab mix, for example, that helps marine biologists collect orca scat in Puget Sound by sniffing it out up to a nautical mile away. In Lion, journalist Tucker pulls together the latest research into how and why cats allowed us to domesticate them. She also explores the sometimes-disturbing consequences of that relationship, from controversial feral cat colony programs to enthusiasts who create new breeds based on deleterious mutations.