What Time Is the Total Solar Eclipse? 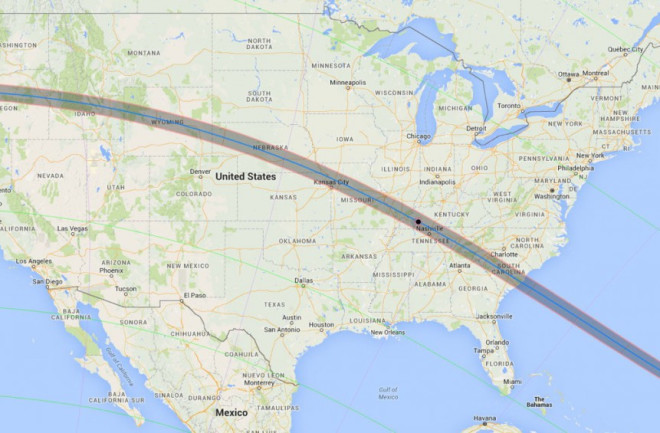 We’re now counting down the time until the Great American eclipse in hours, not days. Are you ready?

If you aren’t, don’t worry, we have you covered with the Eclipse 2017 Widget from our partners at Astronomy magazine. Powered by SkySafari 5, this interactive widget well let you know exactly when the show will begin, and when you’ll reach maximum eclipse in your area. If you click “view” on the time readouts in the event column, you can also get a rough preview of what you can expect to see in the sky. The Eclipse 2017 Widget is also available in Eclipse Safari, a free app for iOS and Android.

Eclipses are more than a scientific wonder, they’re a deeply human event. For millennia, the moon has periodically blotted out the sun, but scientists have only recently started studying them. The wonder and fear experienced by generations long ago led to a menagerie of myths. Learn more about the deep hold eclipses have on the human psyche.

25 Things to You Should Know About the Eclipse

When do solar eclipses occur? How often do they occur? How long is totality? Astronomy editor Michael Bakich is a fount of information about the cosmos, and he’s narrowed down all the important details you should know before viewing the show.

On Aug. 21, sky-gazers from around the world will converge in the United States to view the total solar eclipse. For one retired physicist, Don Bruns, Monday provides the perfect opportunity to conduct an old-school test of general relativity tracing back to 1919. Bruns is going to give it another attempt with high-tech equipment, but is the technology too good?

Here’s an easy checklist of some of the common and more unusual items you’ll want to bring with you on eclipse day if you are traveling to see it. One commonly overlooked item: toilet paper. As Michael explains, “Let’s see, millions of people on the road, rest stops few and far between . . . you fill in the details.”

If you’re in the path of totality, enjoy the show. But know what’s going on up their in the sky could make the experience all the more satisfying. Here’s a closer look at the coordinated dance between the sun, the moon and Earth.

Millions of Americans will watch the sun disappear on Monday. Tyler Nordgren puts the historic event in perspective, and adds a few do’s and don’ts.