What is killing California’s trees, and what can you do about it? 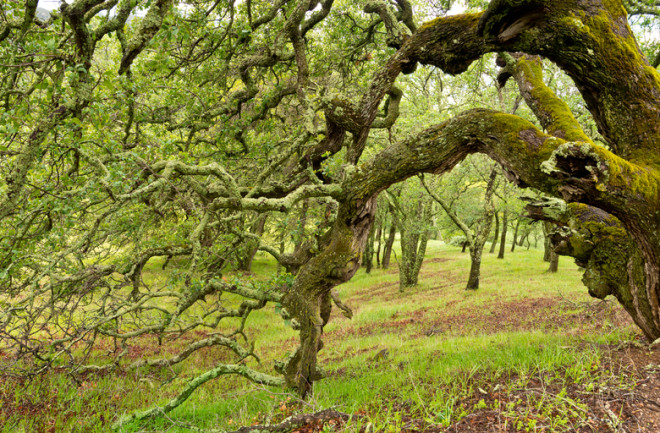 Editor's note: This is a guest post by Ariel Simons and originally appeared on the author's blog. Project SCARAB is one of more than 800 great citizen science projects on SciStarter. Use our project finder to find one that you can participate in!

The great thing about living in a major port city such as Los Angeles is having access to ideas and goods from the around the world. However, the port of LA, and by extension every trade conduit branching off from there, takes the chance on cargo containers carrying an invasive species. In 2003 one such species, the polyphagus shothole borer (PSHB), was spotted in Whittier, a suburb of Los Angeles. In the intervening decade it has quickly spread to many of the trees in southern California.

Trees infested by the polyphagus shothole borer in California (Eskalen Lab. UC-Riverside, Reproduced with permission) The beetles themselves are small, only a few millimeters long, but they carry fungal spores with them which quickly magnifies the impact of their burrowing. Some trees, for reasons not yet known, are more susceptible to the effects of the burrowing and associated fungal infections. These trees, such as coast live oak and avocado, will play host to beetle infestations and eventually die as the beetles go on to infect the surrounding trees. Our best guess is that these beetles originated in southeast Asia, and arrived on lumber shipments through the port of Los Angeles. Beyond that there are a number of outstanding questions: What kept them in check in their native environment? What environmental triggers are behind their spread? Why are some tree species immune to their spread? In the meantime their spread is beginning to threaten both the economy, through the infection of avocado trees, as well as ecology, through the devastation of native box elder populations. What can be done? Given the scope and speed of the problem a lot of basic data is needed relatively quickly. Even photographing infected trees, then tagging the images with the time and location of the siting, can build a picture of what factors may be involved in the spread of PSHB. Combined with data on tree types and local weather records, this information can address deeper scientific questions, such as: What temperature and humidity range do the beetles prefer? Are they more likely to spread along local wind currents or road networks? Are some trees better hosts to their spread than others?

Beetle entrance with fungal damage (UC-Riverside, Reproduced with permission) To collect this data we have started the SCARAB (Scientific Collaboration for Accessible Research About Borers) project. Using the iNaturalist mobile app anyone can help map the spread of these infestations so we can better understand how to manage them. To help with this project please take the following steps:

Each individual may not need to take that many photos, but taken together this data may be able to help save a number of our local trees.

Ariel Simons has a background in experimental physics and high school science education. He is currently involved in a number of citizen science projects, mostly involving ecology, as well as mentoring teachers and students in how to carry out their own research. You can contact him at levisimons@gmail.com or tweet him @levisimons