What Do You Get When You Cross NASA with Etsy? 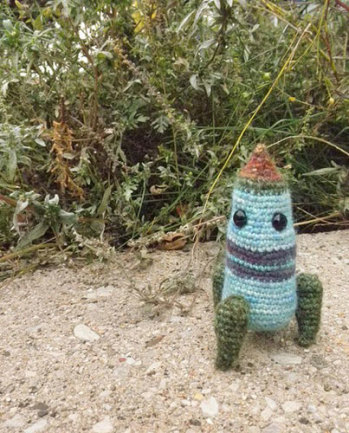 NASA threw down the space-crafting gauntlet for Etsy crafters a few weeks ago, challenging them to create and submit their own NASA-inspired art:

Entrants share an original handmade item or work of art inspired by NASA and NASA's programs, such as the Space Shuttle Program and human spaceflight, aeronautics, science and exploration of the universe.

The challenge is part of NASA's effort to reach out to the female members of the younger generation; Etsy's user base is 96 percent women, and most are under 35. The contest's grand prize winner will get a $500 shopping spree on Etsy, and a trip to attend the launch of the space shuttle Endeavor in February 2011.

The submissions thus far include paintings, sculptures, jewelry, clothing, and much more, so we went ahead and picked out some of our favorites and asked what inspired their artists. Take a gander at the whole lot of submissions if you have a minute.

This little pocket rocket was made by Etsy crafter trinlayk, who specializes in amigurumi (aka crocheted stuffed animals) that she sells on Etsy and at science fiction conventions. She says her creation was inspired by a lifetime fascination with science fiction and space:

I remember the early space shots that led up to landing on the moon, as well as remembering sitting in the family in front of our big TV in the Den (past my bedtime? up early?) to see them as well as the later moon landing. 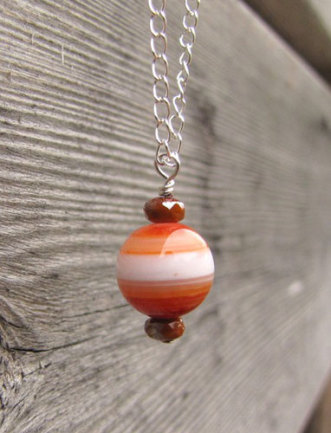 Vanessa Hotchkiss, who goes by user name Bailybellecreations on Etsy created a Jupiter-inspired necklace for the contest. Her work is inspired by her love of astronomy, and a burning desire to visit NASA:

Wouldn't it be fabulous if I could start all over and become and astronaut! Since that's not possible I would love to visit NASA at least once in my life!

She specializes in jewelery of every kind, so check out the rest of her shop for the matching earrings and other good stuff. 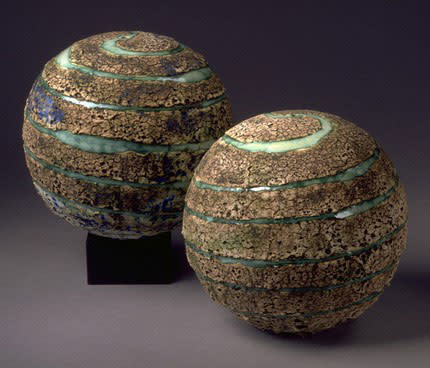 These planets may appear smaller than they are--the planetary sculptures are about 8.5 inches across. They were created by artist Marietta Theodorou-LeMieux, who goes by blueroompottery on Etsy, as a part of her "Pleiades" series, inspired by the shuttle program and the constellation Pleiades.

The porcelain spheres are purely decorative, and are made from recycled clay and glazed to get a rustic, lava-like texture. 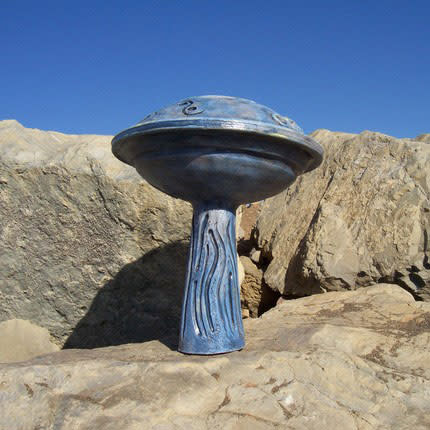 This handmade sculpture was created by Sheila Loggan, who goes by sheliasthings on Etsy. She was inspired by her grandson's lifelong love of space and her childhood ideas about what a spacecraft would look like:

My grandson is nearly 13 years old and since he was a little child he has been interested in NASA and space travel. He is working hard toward a chance to attend college in Texas so that he has a better chance to be noticed by NASA. So my interest in NASA stems from my love for my grandson I suppose! 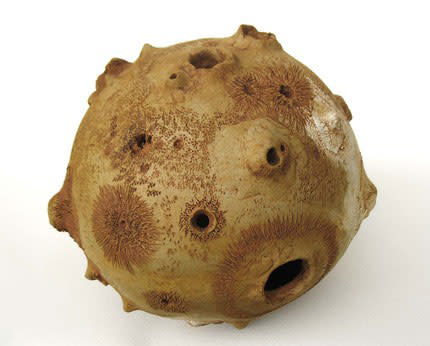 Paul Klassett and Kate Archie team up to make paulandkatestudio, where they specialize in ceramic bowls and sculptures. One series of planet sculptures was inspired by an asteroid project they created for a friend, and each planetoid is handmade and one-of-a-kind. Their shared interest in astronomy has been life-long:

Paul and I have always been interested in astronomy & outer space and are avid sky watchers. One of Paul’s favorite books is the classic The Cosmic Connection by Carl Sagan, and while less cerebral but just as inspirational, my favorite movie ever is Alien.

Their creation for the contest is this little brown planet, which is covered in pockmarks and volcanoes from its turbulent teen years. 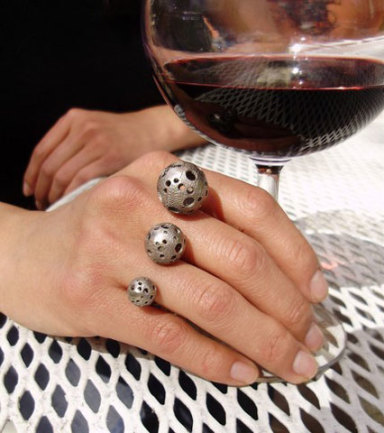 This "two finger moon ring," created by Erica Schwartz, who goes by designererica on Etsy, is intended to be a little reminder of the incredible vastness of space and the possibilities that are out there.

I guess part of my fascination with science fiction and space is related to the idea that space is "the final frontier," but it goes beyond that. To me, space and space exploration represent the vast possibilities that the future offers. It is thrilling to dream of what may be out there, to invent possibilities, and to learn about the actualities. 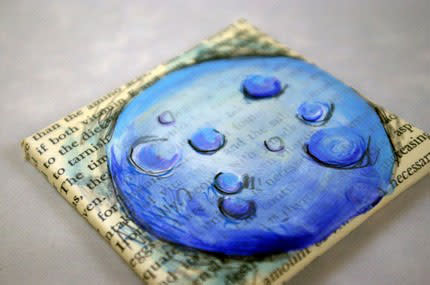 Using pages from water damaged books and bright colors Kelly Cook, who goes by cookstah on the site, created this mini-moon painting for the contest. Her interest in space (originally spurred by the movie Space Camp) was reignited by her two sons' interest in space. She says she has a special place in her heart for the moon:

I used the ideas of fall, the harvest moon, cooler temperatures and the distant and familiar feeling that earth's moon gives me. I LOVE space, I am almost intimated to think about the endlessness of the universe. The moon makes me feel like that this huge place is local, approachable.