We Have Liftoff! MAVEN Begins Journey to Mars 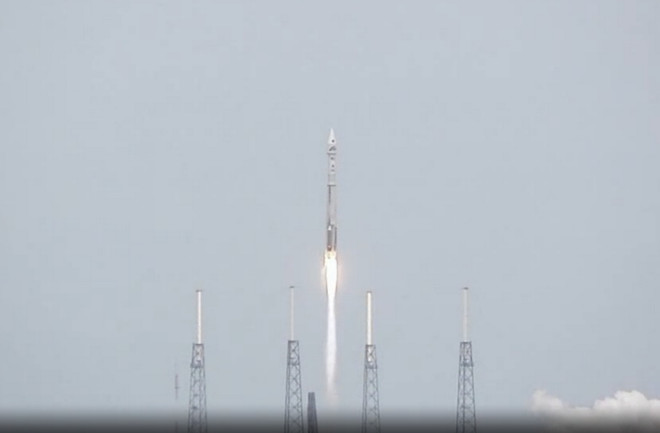 Liftoff of the MAVEN spacecraft on a journey to Mars aboard an Atlas5 rocket. Image credit: NASA Today NASA successfully launched its next spacecraft toward the Red Planet, and so far things are going smoothly. Despite delays from the government shutdown, MAVEN (short for Mars Atmosphere and Volatile EvolutioN) headed for the skies on schedule at 1:28 PM this afternoon. The orbiter aims to get a clearer picture of the Martian atmosphere and how it has changed over time. As described in Popular Science,

In short, the craft is taking a special orbit around Mars to sample many parts of the planet's upper atmosphere and learn more about the processes that are occurring there now. From that data, scientists will estimate what happened in Mars' past, billions of years ago, when scientists think the planet had large bodies of liquid water and a thick atmosphere. Both are now gone.

The trip itself will take 10 months, so the orbiter won't actually start collecting data until this time next year. The main data-gathering is supposed to take place in its first year in orbit, but it could continue to gather data for up to a decade. It costs a pretty penny, too: some $671 million over the course of the whole mission. It will be the fourth mission actively exploring Mars. According to the Verge,

MAVEN might also help us figure out how to one day colonize the Red Planet. When asked about a far-off future where we might terraform the thin Martian atmosphere to be breathable, Luhmann speculates that Mars' atmospheric history will make that impractical. Instead, humans may live in biospheres and produce a local atmosphere within them.

Get live updates on the launch via NASA's MAVEN blog or Twitter feed or by watching NASA TV in real time.