Water Was 'Recently' on Mars – And Will Be Again 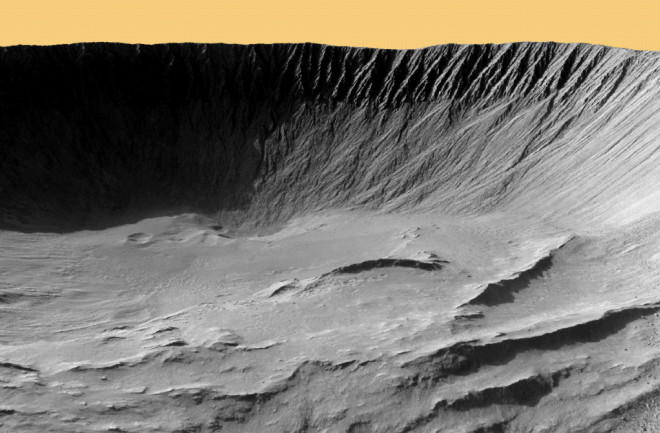 Istok crater on Mars shows signs of recent water flow. A hot topic in science over the past few decades has been whether liquid water is present or has been present on Mars in the past few millions of years. But despite a lot of research no conclusive answer has been put forward to date. Our international team has now hunted down another piece of evidence. By comparing satellite images of Mars with mud flows on Earth, we found that running water must have existed on the red planet relatively “recently,” in the past million years. My (intellectual) journey to Mars when I first saw the beautiful high-resolution images of the surface of Mars in the early 2000s from Mars Global Surveyor and others. I thought they were from deserts on Earth. I was studying how the action of water, wind, ice, and volcanism form landscapes on Earth and realized that there was another planet out there remarkably like our own. Since then I have been drawn to Mars and in particular how flowing water has sculpted its surface.

Our new finding indicates that the planet might be more habitable than previously thought. Knowledge about past water flows could also provide a valuable resource for future human missions to Mars. However, for me, the most important thing about the study is that it ultimately guides us towards a better general understanding of how planets work, including our own. We still struggle to understand how natural variations in the Earth’s axial tilt – the angle between its rotational axis and its plane of orbit around the Sun, which gives rise to seasons – have affected climate over a timescale of tens to hundreds of thousands of years. Mars experiences much wilder swings in axial tilt over similar periods of time, because it does not have a large moon to stabilize its orbit. We used this as a starting point for our research. What we found was that sufficient quantities of water flowed on Mars' surface to create large “debris flows” at certain spots when there was a high axial tilt. Debris flows are slurries of water, mud and rock which surge downhill. On Earth they can be very hazardous and are triggered by heavy rain or volcanically melted ice or snow (also called lahars).

We investigated deposits of these debris flows within an impact crater on Mars called “Istok.” Because meteorites are always falling onto Mars (approximately 30 10m impact craters form per year), we can estimate the age of a surface by counting the number of impact craters – the more there are, the older the surface. Using this standard technique we estimated that Istok crater formed around one million years ago. Because the debris-flow deposits are found within the crater we know they must have happened after Istok crater formed. And because we see many hundreds of overlapping deposits we also know there must have been repeated episodes of water saturating the surface to trigger the debris flows. We used two satellite images of Istok taken from different angles to produce a high-resolution 3-D computer model of the terrain and compared the debris flows from the pictures with deposits found in Arctic environments on Earth, such as Iceland. Remarkably, we found that the such flows happened at the same rate on Mars as on Earth. Today’s climate on Mars is cold and arid – water exists only as ice (mainly in glaciers and the ice caps) and as vapor, rather than as liquid. For water to have flowed recently our results indicate that swings in Mars’ axial tilt must have produced very big changes in climate. The research is also helping us get a fuller picture of the way in which the “Earth-like” glacial-interglacial cycles currently operate on Mars. These cycles occur, as on Earth, when the planet’s axial tilt changes. When the tilt increases, the ice-caps disappear. Mars is currently in the “glacial” part of the cycle, where the water is trapped as ice and so no liquid water is formed. On Earth they melt when the tilt changes, but on Mars the water probably doesn’t melt but goes instead into the atmosphere as water vapor and clouds. These clouds can produce snow – and it’s this snow that we think was melting and causing debris flows in Istok crater.

We also found gullies similar to those formed by debris flows in Istok in many other locations on the Martian surface. But for some mysterious reason these do not look as fresh. Is there something peculiar about Istok crater which means the “weather” conditions were different to the rest of Mars during the past million years? Was there another source of the water at Istok that we have overlooked – perhaps underground? For me, it is the fact that research almost always throws up such new and interesting questions that keeps drawing me back to studying Mars. Thanks to this study, I’ll certainly be paying more attention to terrestrial landscapes where melting snow or ice generates debris flows in the future and then studying how the unique environment of Mars affects the behavior of debris flows through laboratory experiments. I have great hopes that scientists will continue to produce papers on water on Mars and from these we will develop a better understanding of how planetary surfaces evolve under a changing climate system.