Watch This: Knots Made of Water, Seen in 3-D 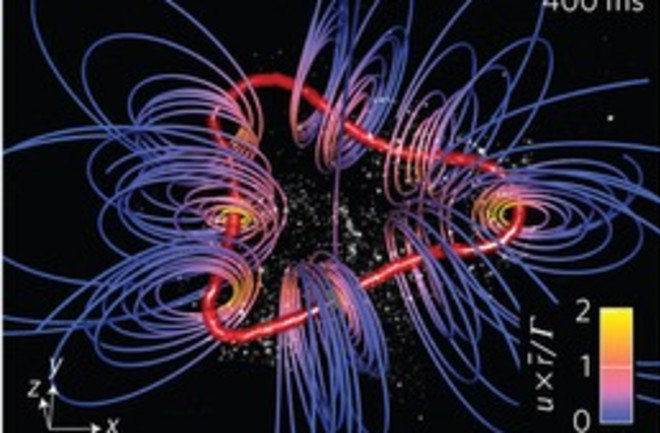 When air flows around the wing of an airplane, it creates vortices of swirling air. When that wing accelerates suddenly, two vortices form and circle in opposite directions. Sometimes these circles link with one another to create knots.

Knots occur in nature and physicists have theorized for the last hundred years that they could be created in liquid, too. Physicists have now figured out a way to create them and have 3-D footage of the results, which were published in Nature Physics on Sunday.

The researchers used a 3-D printer to make cross-sections of tiny airplane wings. Then they put the wings in a tank of water that was electrically charged to have lots of tiny bubbles.

The bubbles show movement in the tank. When the wing was pulled through the water, it created knots in its wake which were recorded in 3-D with a high-speed laser scanner.