Want to Get Married in Space? Here's the Man to Call.

Space Adventures CEO Eric Anderson can send you and your friends to the moon—for $100 million a person. 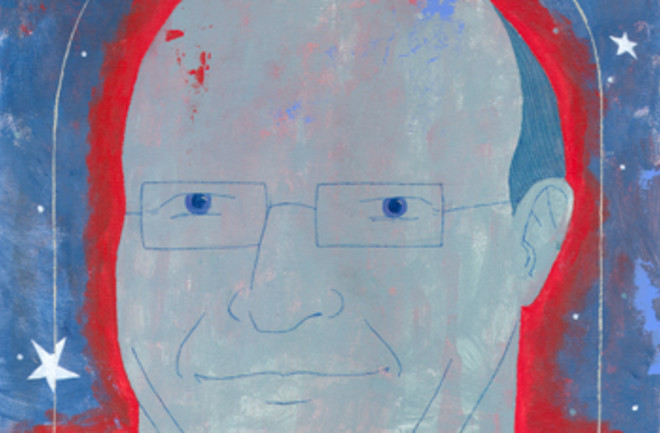 Richard Branson may get the headlines with his company Virgin Galactic, but Eric Anderson is the one who is actually sending private adventurers into space right now. As CEO of Space Adventures, he has been responsible for dispatching Dennis Tito, Mark Shuttleworth, Greg Olsen, Anousheh Ansari, Charles Simonyi, and—by the time you read this—Richard Garriott into orbit for weeklong stays onboard the International Space Station. Anderson started out as an aerospace engineer and always wanted to venture into space. But instead of joining NASA’s astronaut corps, he began looking at ways a commercial company might go where only government agencies had gone before, ultimately striking a deal with the Russians to carry paying customers aloft. Not satisfied with piggybacking on other nations’ flights, Anderson is now commissioning the construction of Space Adventures’ own Russian-built Soyuz spacecraft to carry two paying passengers at a time. Next he plans an even more ambitious mission: a trip around the moon in a souped-up Soyuz, with a ticket price of $100 million per passenger.

What is the biggest engineering obstacle to creating a private spaceflight industry?Developing new types of space vehicles that are reliable, economical, and practical.

How can we address that problem?The challenge of human spaceflight is that you deal with energies that are much greater than those found in most engineering problems. If there were ways to create new fuels, that would be very useful. We’ve reached kind of the limit of what chemical fuels can do. Something that could be obtainable in a decade or two is using a hypersonic ramjet stage [an extremely fast type of jet engine] to get up to a very high speed in the atmosphere and then launching something from it into orbit. In a 100-year time frame, we’re talking about things like space elevators.

You work in a forward-looking business. What do you think the world will look like in 50 years’ time?Hopefully better than it looks today. We must bring the solar system into the economic sphere of influence of Earth because the resources available in space are absolutely critical to our prosperity. If people are to live lives of higher and higher quality when there are more and more people, we must utilize the resources of space: mining asteroids and using solar-powered satellites, for example. If we had the budget, we could launch a solar-powered satellite and beam energy to Earth right now.

How are you helping to get us to that point?By enabling private industry to move into space. The privately funded mission to the space station is a huge step. If it’s a success, we can do more—as many flights as the market demand allows. Space Adventures’ biggest accomplishment is that it’s proven there is a market. Few people doubted 20 years ago that there was a group of people who wanted to go into space. But many people doubted whether those people would be willing to pay $20 million or more to do it. We’ve proved they are. We think this can become a $10 billion or $20 billion industry.