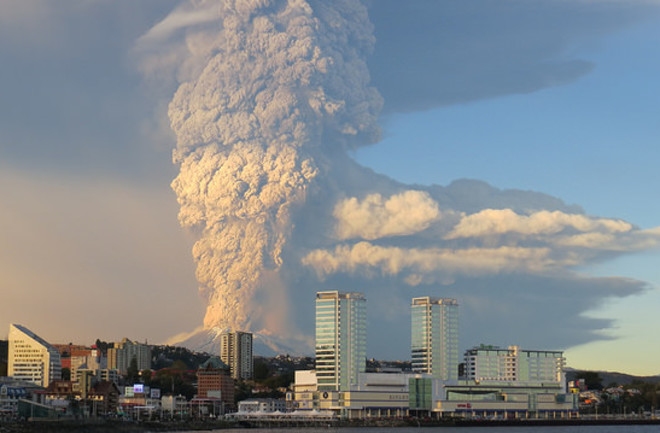 The 2015 eruption of Calbuco in Chile. Image by Carolina Barría Kemp, CC BY-SA 2.0. Back on the old blog, I used to do frequent updates on volcanic eruptions around the world. Now that I'm covering a wider field of geology, those are a little more uncommon. There is a lot of information about volcanic activity going on across globe at any one time. Usually about 8-12 volcanoes are erupting at the same time, so never believe the hype if you see media articles about how 2-3 volcanoes erupted so that means the Earth is going crazy! Here are some places I go to check on volcanic activity:

A whole bunch of volcano monitoring agencies have pages with status updates and information for their country's volcanoes. Here is a selection of some of the best and most frequently updated:

There are a few sources of information from volcano enthusiasts as well. However: always be catious about such sites because they are not official sources and may or may not have vetted information:

If you're really curious about watching volcanoes erupting, check out my page of all the volcano webcams on Earth (although it needs a little updating). By no means, is this a complete list, but it is a great state. If you have any places you'd suggest, feel free to add to the list in the comments!