Virgin Galactic Teases Their Timeline For Sending Tourists to Space 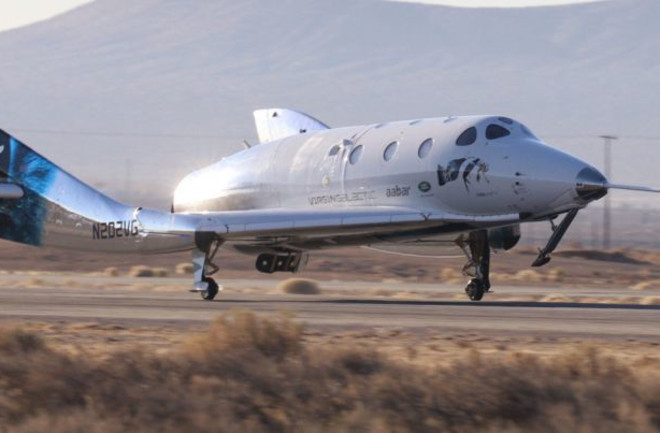 Virgin Galactic has big plans for the future - but how soon will their goal of commercial space tourism be realized? (Credit: Virgin Galactic) Last week, Virgin Galactic made history when they launched their SpaceShipTwo suborbital vehicle to space (by one definition) and back with two test pilots on board. This was the first vehicle to launch humans to space from U.S. soil since NASA’s Shuttle program ended in 2011. This was also the first time a commercial craft built to carry paying passengers reached space. But what’s next for the spaceflight company? Virgin Galactic founder Richard Branson says he plans to be the first passenger aboard the space plane, with space tourists to follow soon after. Virgin Galactic CEO George Whitesides is also optimistic about the company's future as a leader in commercial spaceflight. "Next year is gonna be a huge year for human spaceflight," Whitesides said in an interview Monday, adding that Virgin Galactic and other companies all have much to work toward. After last week's flight, all of that data from the flight will be reviewed. Next, Branson expects that the craft will undergo three more test flights, which the company hopes will begin launching early in the new year. After these flights, the company will move its operations to Spaceport America in New Mexico. After the move, Branson aims to launch as SpaceShipTwo’s first passenger by the middle of next year with tourists to follow soon after. “In the not too distant future, we'll have three spaceships operating from New Mexico taking people up,” Branson said on CNBC’s "Power Lunch” TV program.

Still, Whitesides couldn't say for sure exactly when people will be able to punch their tickets for a ride to the edge of space. He is hopeful that it will be "soon" after flight tests are successfully completed and both Branson and Virgin Galactic employees travel in the vehicle on multiple flights. But, he could not give a concrete date. Additionally, while Whitesides is optimistic that Branson will be able to achieve his goal and become SpaceShipTwo's first passenger in mid-2019, this timeline is not certain either. The company, as Whitesides emphasized, is most focused on safety. "I think that there’s going to be risk involved in any space vehicle system," Whitesides said, so these efforts are critical. In 2014, Virgin Galactic's VSS Enterprise crashed in the Mojave Desert, killing co-pilot Michael Alsbury and seriously injuring pilot Peter Siebold. The company says its goal is to keep to taking small steps forward to ensure the safety of the test pilots and future passengers. "We can sort of bite off incremental chunks of newness," Whitesides said about the company's progress so far and continued testing.