Upgrading From Analog TVs Is Making Earth "Invisible" to E.T.'s 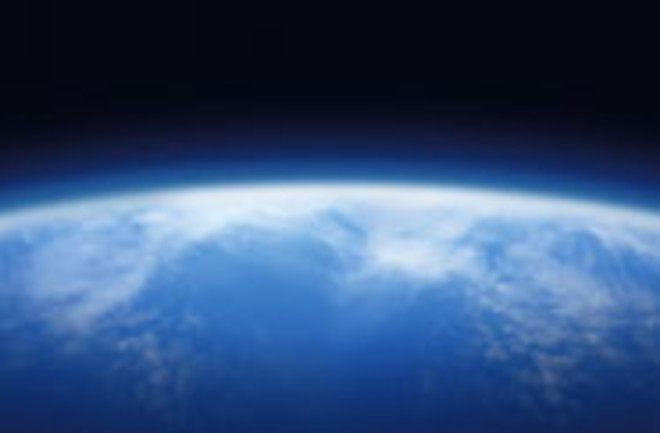 If you've been expecting to hear from a far-off alien civilization, don't hold your breath, suggests Frank Drake, the founder of Search for Extraterrestrial Intelligence (SETI)--the odds of ET phoning Earth may be diminishing. And your digital TV might well be to blame. Speaking at a meeting of the Royal Society in London, Drake said that digital transmissions are effectively "gagging" the planet. In the fast-fading analog age, TV and radio signals transmitted around the world escaped into space.

At present, the Earth is surrounded by a 50 light year-wide ''shell'' of radiation from analogue TV, radio and radar transmissions, he said [The Telegraph]

. Those signals reach distant stars, which means that if someone is home at any of those stars, they could heard us. But Drake says that phasing out analog transmissions from TV, radio and radar is making our planet electronically invisible from outer space. While an old-style TV transmitter might generate one million watts, Drake says the power of a digital satellite signal is around 20 watts. He added that present-day

satellites tend to point towards the earth rather than old-school transmitters which beam their signals all over the place [The Guardian], and notes that digital cable is even more impossible to detect from space. He also said that if Earth is making itself "invisible," albeit unintentionally, then

other civilizations are probably doing the same. And he further hypothesizes that in some cases it might even be deliberate; a proverbial drawing of the kitchen blinds, so to speak

Drake says he's still convinced that intelligent life does exist somewhere in the universe, but added that because the transmissions that signal the presence of life may be weaker, we might need to look for them harder.

Related Content: 80beats: Vatican to E.T.: Hello, Brother Discoblog: Alien Math Shows Why Grad Student Doesn’t Have a Girlfriend DISCOVER: Who's Out There? DISCOVER: 22 Years Ago in Discover: Listening for ET DISCOVER: 20 Things You Didn't Know About... AliensImage: iStockphoto