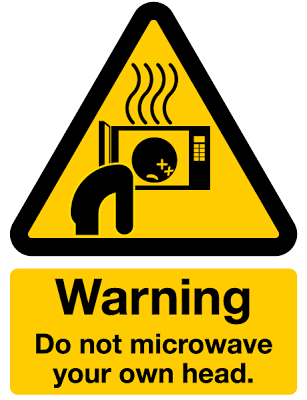 In 2000, Salonasked, "Is your cell phone killing you?" Last year, editors there must have decided the verdict was in when they published this embarrassing piece entitled, "Your cellphone is killing you: What people don't want you to know about electromagnetic fields." Rather than waste my time explaining the egregious flaws in that article, I'll just point you to this website page of the National Cancer Institute at the National Institutes of Health:

Today, Salon continues its fine tradition of scaremongering with a short piece that carries this headline: "Uh oh: Wi-Fi exposure may be worse for kids than we thought." In the sub-head, we get a newsy teaser: "New research indicates that our current exposure limits may be out of date." Let's go to that new research, which by the way, is published in a new open access journal called the Journal of Microscopy and Ultrastructure (otherwise known as the Journal of the Saudi Society of Microscopes). The good news: There's no publication fee! The bad news is that the paper is rife with dodgy, unqualified correlations and claims. You only need to read the abstract to get a sense of its bias. My favorite line:

Digital dementia has been reported in school age children.

No, carrying your cellphone in your bra will not cause breast cancer. Or, if you'd like a more qualified answer, read this take from an expert at the National Cancer Society. More importantly, what you need to know about the paper cited by Salon is that there are no caveats or discussion about multiple risk factors with respect to any possible association between cancer and WiFi devices. Just flat-out assertions. To see for yourself, read the paper, especially the conclusions. It makes eight recommendations, including the banning of toys that contain wireless devices and radio transmitters. Here's number six and my favorite:

How can any respectable researcher make this kind of analogy? Even more, how can any respectable media outlet not perform its due journalistic diligence about such a slanted, opinionated paper? Last year, after the atrocious cell phone = cancer story appeared at Salon, the editor of the website Doubtful News wrote:

I get the impression that Salon, like many other web outlets, publish such pieces in order to fan the controversy in a shallow way that promotes web hits instead of providing actually useful information. That’s a big disappointment but a reality of the web.

Here's a study I suggest that Salon familiarize itself with. It was published in 2013 in the Journal of Psychosomatic Research and asked, "Are media warnings about the adverse effects of modern life self-fulfilling?"