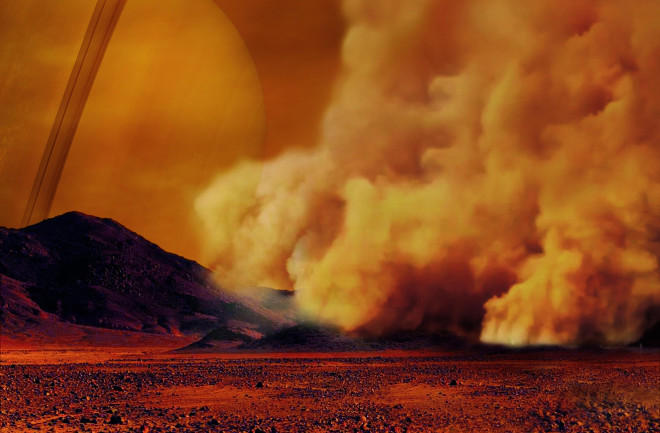 Saturn’s moon Titan may be an alien landscape, but as this artist’s rendering suggests, it can still be a familiar one: The world has its own analogs for Earthly weather, such as dust storms and lakes of liquid methane. Now scientists are investigating whether Titan may be home to its own version of life, too. Read about these efforts, which include other moons and exoplanets, on page 80. And starting on page 86, see the coins that suggest humans have been memorializing solar eclipses for millennia.

[This article originally appeared in print as "A Whole New World."]