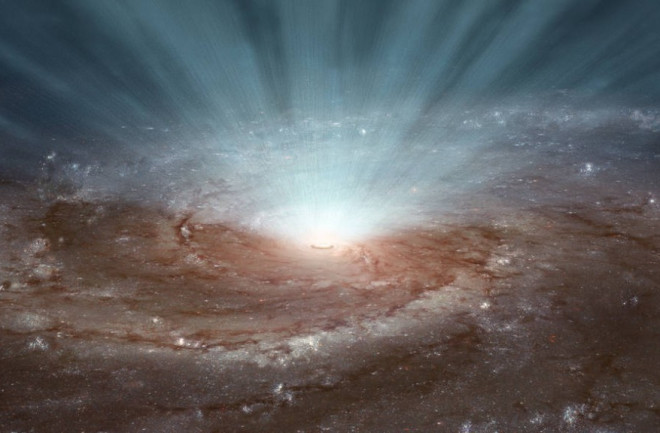 At the center of most galaxies lie supermassive black holes. Their exceptional gravity pulls in thousands of stars and stellar mass black holes, or black holes formed when a massive star collapses due to gravity.

In their simulation, Szölgyén and his Ph.D. advisor, Bence Kocsis, incorporated something called vector resonant relaxation. It’s an effect that gravity has on objects orbiting a supermassive black hole. This effect grows over millions of years, making the orbital planes of these objects turn.

Kocsis compared the effect and the behavior of the objects to the movement of bees, “Unlike a swarm of bees around a beehive, stars fly around in the galactic center in a more ordered way: along precessing elliptical trajectories, each confined to a plane, respectively,” he said in the statement. Kocsis continued, describing how the objects shift their orbits slowly over millions of years.

This effect helped the astronomers see that while black holes orbit in a disk, less massive objects like stars form a more spherical distribution, Kocsis added in an email.

That means these black hole disks probably form in all galaxies.

According to Kocsis, this study could also help scientists better understand gravitational waves. As scientists have detected gravitational waves using LIGO and VIRGO, they’ve been surprised to see the rate of black hole mergers is much higher than they expected. “The big question, known as the ‘final AU problem’,” Kocsis explained, is how black holes might get to an AU (or astronomical unit, roughly the distance from the Earth to the sun) that drives them to merge.

According to Kocsis, better understanding black hole disks could help answer this question because these dense environments “may lead to mergers more often.”

This study was published in the journal Physical Review Letters.