The Cannae Drive could revolutionize space travel and our understanding of physics itself — if it really works. 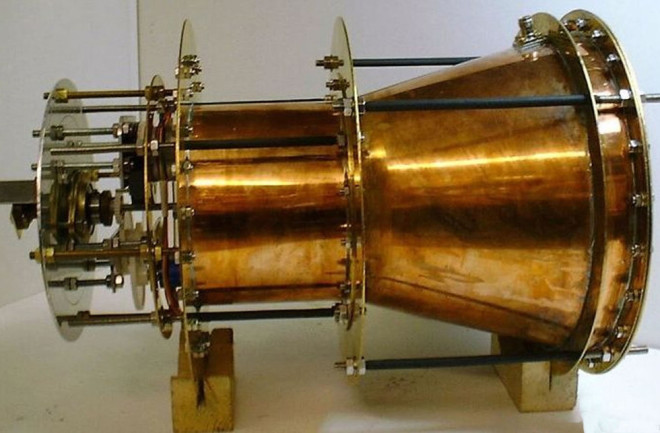 It was a doubly bold claim, one that seemed to contradict conservation of momentum (a foundational principle of physics) and to promise a new era of fast, cheap space travel. The Internet was abuzz with excitement.

The physics community was less enthused. “Nonsense,” physicist Sean Carroll at Caltech bluntly put it. “They claim to measure an incredibly tiny effect that could very easily just be noise.” In their paper, the NASA researchers did not provide a full accounting of possible sources of error, but they did include a speculative outline for a Cannae Drive-powered trip to Mars.

More testing is necessary to show whether the Cannae Drive really has any potential; history is full of examples, from antigravity effects to cold fusion, of researchers fooling themselves when they know the desired outcome.

The Cannae Drive also calls attention to a growing crisis in space travel. NASA’s upcoming deep-space rocket, the Space Launch System, uses the same engine design as the space shuttle launcher of the 1980s. If they hope to boldly go where nobody has gone before, scientists need to explore radical ideas in propulsion. Next time, though, they might want to test twice before they announce results.