This 'Library of Starlight' Lets Astronomers Peruse the Galaxy 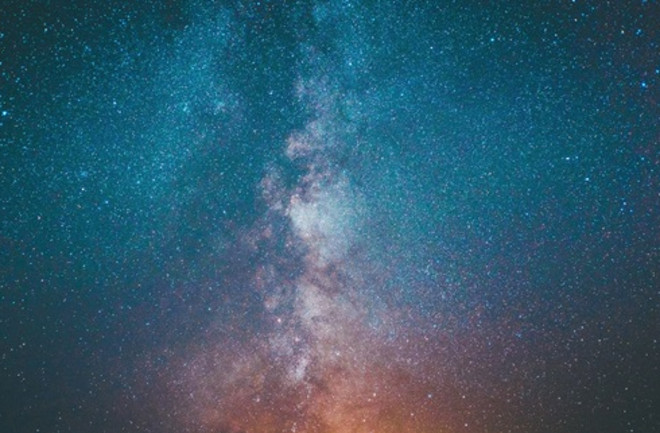 Imagine going to a library where the books aren’t books at all, but detailed information on stars throughout our galaxy. Stars are the building blocks of clusters and galaxies; the information contained in their light provides details on temperature, composition, age, and motion. Now, a unique database called the MaNGA Stellar Library (after the Sloan Digital Sky Survey’s Mapping Nearby Galaxies at Apache Point Observatory [MaNGA] project) provides the perfect starting point for astronomers to better understand complex galaxies by breaking them down into their simplest parts.

The MaNGA survey itself is aimed at understanding the inner structure and workings of galaxies. To do so, the survey observes galaxies to gather spectra — spread-out light that provides details such as composition and motion. The survey uses plug plates, which are thin metal discs drilled with holes at the position of each galaxy astronomers plan to observe, into which small bundles of fibers are plugged. These fibers carry the light from each galaxy into a spectrograph, which spreads out the light into a spectrum showing the amount of light given off at each wavelength.

A bundle of 127 fibers used in the MaNGA survey. Each bundle is plugged into a plate mounted on the telescope in the position of a galaxy or star that will be observed. The fibers send light from the object to the spectrograph. (Credit:M. Bershady and SDSS)

But using those same MaNGA fibers and spectrograph is another survey, this one targeting stars in our galaxy. The light from these stars is pulled apart to obtain detailed information that goes into a second database: the MaNGA Stellar Library.

“The MaNGA Stellar Library project is a project to support the MaNGA galaxy program. At the beginning of the MaNGA survey we realized there is no good stellar library to do the stellar analysis,” needed to learn more about the stellar makeup of distant galaxies, MaNGA survey scientist and principal investigator of the MaNGA Stellar Library project Renbin Yan of the University of Kentucky told Astronomy. “So we realized we needed to build a new stellar library.”

The MaNGA Stellar Library project is piggybacked onto a different survey — the Apache Point Observatory Galactic Evolution Experiment 2, or APOGEE-2. According to Yan, his project can observe up to 100 Milky Way stars per night under the right circumstances. Those circumstances depend on the sky conditions — when it’s dark and moonless, MaNGA observes faint galaxies while APOGEE-2 piggybacks on MaNGA, he said. But when the Moon is up, the sky is too bright to observe galaxies, so APOGEE-2 takes over observing stars — which are brighter — and the MaNGA instrument also observes stars and adds them to the library’s database.

Over time, Yan’s team has built up a catalog with spectra of many different types of stars, with the ultimate goal of hosting a representative sample of the stars in our galaxy. “There are so many stars in the Milky Way, how do you build a uniform sample of different types?” Yan pointed out. “There are some types which are particularly rare, and they’re only available on certain parts of the sky. There are other stars which are more common. You don’t want to spend all the time on those common types and miss out on those rare types.”

This was one of the biggest challenges of the project, he said — building the most inclusive library of stellar information. “We spent a lot of time, and we are still trying to improve that, so that we can uniformly sample the whole [range] of different types. This is what I’m proud of,” he said.

Astronomy Near and Far

As for what researchers can do with the data in this library, “It’s very diverse,” Yan said. From learning more about populations of stars that make up our own galaxy to piecing together the history of distant galaxies, there are many different applications for the information contained in the MaNGA Stellar Library.

Astronomers studying our own galaxy can use the library to study the types of stars present in the Milky Way. Researchers interested in other galaxies can use the MaNGA Stellar Library in a different way.

When we look at distant galaxies, the light we see is the combined light of all the stars in that galaxy, simply because we can’t see clearly enough — due to distance — to separate out individual stars. So, to learn about the stars that make up that galaxy, Yan said, astronomers can compare the spectrum of their galaxies to various combinations of spectra from the library. By finding the combination of stars that best matches a galaxy’s total light, they can “get rough estimates for [the galaxies’] redshift, for their stellar mass, and also for extinction [the amount of light-blocking gas and dust present], and rough star-formation history as well,” said Yan. For example, by using information from the library to determine how different types of stars at different ages and in different amounts contribute to the total light of a galaxy, astronomers can find the best match and peer back through the galaxy’s history to determine how it made the stars it has today.

Ultimately, the MaNGA Stellar Library is a unique and powerful resource that is very cheap to produce — at least, in terms of observing time. By piggybacking on the APOGEE-2 survey, the library gains, essentially for free, more information about the stars in our galaxy each night. But in terms of human effort, “the Sloan survey itself is a huge operation,” Yan said, adding that there are at least 20 people involved in the process of preparing and taking the observations, as well as calibrating and checking the data to ensure it’s ready for use.

In all, the library contains spectra from 360 to 1,030 nanometers, which covers wavelengths slightly shorter than visible light (ultraviolet) through those longer than visible light (infrared). The database is composed of stars between magnitude 8 and magnitude 17; although, Yan said, the earliest observations contain stars between magnitudes 12 and 17, because brighter stars (remember that the smaller a star’s magnitude, the brighter it appears) were too bright to observe at the same time as dim stars.

“This version that is currently released doesn’t include those really bright ones. But in future versions, it will,” he said. That’s important, because to create the representative sample they’re after, the team must make sure to observe both bright and faint stars. “Some types of stars are only available at the very bright magnitudes, like blue supergiants,” he said.

The current version is now available as part of the Sloan Digital Sky Survey’s Data Release 15 at www.sdss.org.

And the MaNGA Stellar Library hasn’t yet reached capacity. The project will continue until 2020, Yan said, when the Sloan Digital Sky Survey will change the way observations are made, which will end the ease of adding to the library. But, he added confidently, “We’ll have enough stars by then to do everything we need.”