Things Happen, Not Always for a Reason

Two stories, superficially unrelated, neatly tied together by a deep lesson at the end. The first is the case of Lucia de Berk, a Dutch nurse sentenced to life imprisonment in 2003 for multiple murders of patients under her care. However, there was very little direct evidence tying her specifically to the deaths of the individual cases. Much of the prosecution's case against her was statistical: it was simply extremely unlikely, they argued, that so many patients would die under the care of a single nurse. Numbers like "one in 342 million chance" were bandied about. But statistics can be tricky. Dutch mathematician Richard Gill has gone over the reasoning presented in the case, and found it utterly wrong-headed; he has organized a petition asking Dutch courts to re-open the case. Gill estimates that 1 in 9 nurses would experience a similar concentration of incidents during their shifts. And he notes that there were a total of six deaths in the ward where de Berk worked during the three years she was there, and seven deaths in the same ward during the three years before she arrived. Usually, the arrival of serial killers does not cause the mortality rate to decrease. But patients had died, some of them young children, and someone had to be responsible. Incidents that had originally been classified as completely natural were re-examined and judged to be suspicious, after the investigation into de Berk's activities started. The worst kinds of confirmation bias were in evidence. Here is a picture of what de Berk actually looks like, along with a courtroom caricature published in the newspapers. 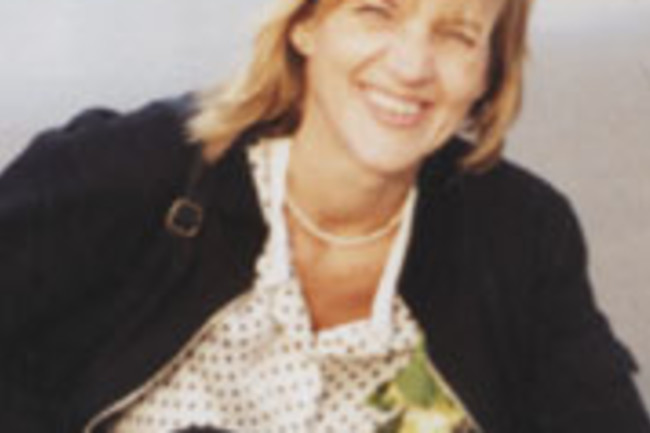 Also, she read Tarot cards. Clearly, this is a woman who is witch-like and evil, and deserved to be punished. The other story involves a brilliant piece of psychological insight from Peter Sagal's The Book of Vice, previously lauded in these pages. It involves the reason why people play slot machines, or gamble more generally. There are many complicated factors that go into such a phenomenon, of course, but it nevertheless remains a deep puzzle why people would find it so compelling to roll the dice when everyone knows the odds are against you. Peter asks us to consider the following joke:

And that's why we gamble: so God can answer our prayers. Fortune's wheel, in other words, might occasionally want to favor us, but how can it if we don't give it a chance? By playing the slots, we make it so much easier for Providence to bestow its bounty upon our deserving heads. The common thread, of course, is the deep-seated aversion that human beings have to accepting randomness in the universe. We are great pattern-recognizers, even when patterns aren't really there. Conversely, we are really bad at accepting that unlikely things will occasionally happen, if we wait long enough. When people are asked to write down a "random" sequence of coin flips, the mistake they inevitably make is not to include enough long sequences of the same result. Human beings don't want to accept radical contingency. They want things to have explanations, even the laws of physics. They want life to have a purpose, chance events to have meaning, and children's deaths to have a person to blame. They want life to make sense, and they want to hit the triple jackpot because they've been through a lot of suffering and they damn well deserve it. Of course, sometimes things do happen for a reason. And sometimes they don't. That's life here at the edge of chaos, and I for one enjoy the ride.