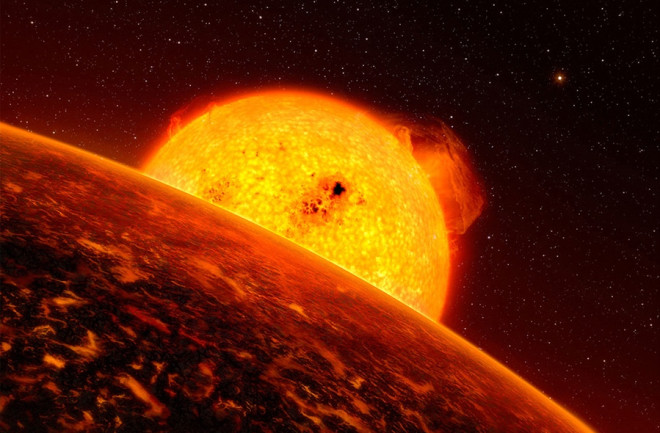 (Credit: ESO/L. Calçada; NASA) Here at Discover magazine, we strive to deliver the most captivating developments in science, medicine, technology and the world around us every day, and we're looking forward to doing more of the same in 2016. But before hanging a new calendar on the wall, let's take a look back at the top 10 long reads that our readers enjoyed most.

By Linda Marsa (March 2015) Ever since the discovery of Alzheimer's, researchers have furrowed their brows over its cause. And while it's too early to declare there is a cure, recent advancements have many experts hopeful that we might finally keep this crippling brain disease in check.

By Adam Hadhazy (April 2015) Many of Einstein's contemporaries doubted relativity when it debuted, but a long history of experiments has seemingly dispelled that doubt.

Putting Relativity to the Test

By Kenneth Miller (April 2015) Evidence abounds that sleep is essential to stay healthy. But recent research has found catching some Z's doesn't just give you a sound mind in a sound body — it can save your life.

By Virginia Gewin (March 2015) Resurrecting dinosaurs might be the stuff of fantasy, but a father-son team of biologists entrenched in the world of reconstructing ancient DNA says we could one day bring back other extinct species. But should we?

By Adam Piore (May 2015) Although addiction was once viewed as a matter of willpower, researchers are starting to identify brain circuitry involved in the devastating disease. And by rerouting these pathways, they could find a cure.

By Adam Hadhazy (September 2015) Bigger is better when it comes to ferreting out other potentially habitable planets in our universe. And the super-Earths that litter our universe look like our best bet yet.

By Zeeya Merali (June 2015) Einstein theorized that time isn't linear — the past, present and future are one and the same, set in stone. Now, a South African cosmologist, driven by the dark history of his homeland, is on a mission to prove that time isn't concrete and we can shape our futures.

By Russ Juskalian (July/August 2015) New research tells a tale of a favorable climate shift that was key to Genghis Khan's conquest — and another shift that already means trouble for Mongolia.

Climate and the Khan

The Archaeology of Stars

By Pamela Weintraub (November 2015) At ancient Megiddo, archaeologists glean new insights that could upend everything we thought we knew about the Bible and Israel's history.