The Tiniest Galaxy in the Universe

Meet Segue 2, the galaxy that is millions of times smaller than the Milky Way. 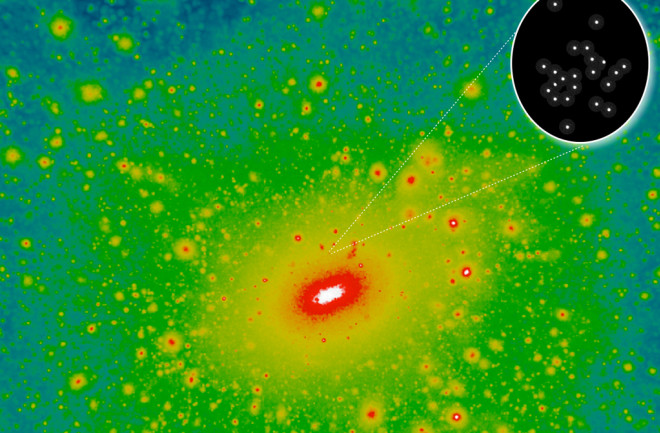 Segue 2, the smallest known galaxy, is just one of many similar diminutive galaxies astronomers expect to find around the Milky Way, as shown in this colorful simulation. | Garrison-Kimmel, Bullock/University of California, Irvine.

Astronomers can measure a galaxy’s mass by how stars move within it: The faster they move, the more massive it is.

With this knowledge, a University of California, Irvine, team found that Segue 2, discovered in 2009, weighs at most 150,000 times more than our sun — the puniest galaxy known. (Our normal-size Milky Way is 10 million times more massive.)

Segue 2 is probably just one of many such astronomical miniatures orbiting the Milky Way, says UCI astronomer Evan Kirby: “Simulations predict that there should be tens of thousands of these things.”

[This article originally appeared in print as "The Tiniest Galaxy in the Universe."]