The Rip Van Winkle Bug: A Microbe Is Resurrected After 120,000 Years 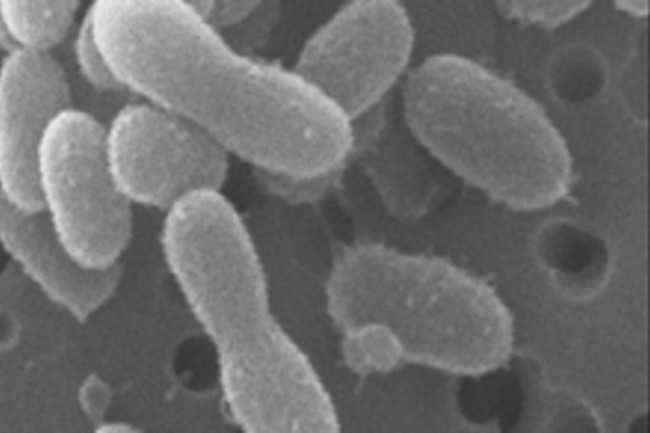 After 120,000 years of slumbering in a Greenland glacier beneath almost two miles of ice, an ultra-small bacteria has been resurrected by the patient efforts of scientists. After incubating the bacteria for almost a year in water that was just above freezing temperature, colonies of the tiny purple-brown bacteria began to grow in a petri dish. Researchers say the bacteria's resilience provides clues to how life can survive in hostile environments like the Arctic--and maybe even other planets. The Herminiimonas glaciei bug is not the oldest to ever be resurrected, but it's the first "ultramicrobacteria" to be revived.

Ultramicrobacteria, tiny even by bacterial standards, are about 10 to 50 times smaller than the common human intestinal microbe E. coli. Their diminutive size could give the bacteria a survival advantage over other microorganisms. H. glaciei, for example, is thought to have survived in thin capillaries of nutrient-rich water in the Greenland glacier that would have been too tight a fit for larger bacteria [National Geographic News].

Lead researcher Jennifer Loveland-Curtze says it's not clear whether the bacteria was entirely dormant during its time in the glacier, or whether it was very slowly metabolizing and reproducing. But it is clear that the microbe had no trouble holding out until conditions were right for a comeback.

"The exceptionally low temperatures can preserve cells and nucleic acids for even millions of years... studying these bacteria can provide insights into how cells can survive and even grow under extremely harsh conditions, such as temperatures down to -56˚C, little oxygen, low nutrients, high pressure and limited space" [The Register]

, she says. The study, published in the International Journal of Systematic and Evolutionary Microbiology, offers encouragement to those who hope to find ancient microbial life on Mars. Some researchers hypothesize that bacteria could have evolved on Mars long ago when conditions were more temperate, and could still be

lying dormant beneath thick underground ice on the Red Planet. A future space mission could dig them up and bring them back to life.... "Many scientists consider polar ice on Earth as the best analogue of any extraterrestrial life on other planets, especially where ice has been detected," [says Loveland-Curtze]. But she added: "At this moment we can not say whether any cells, if they exist, can be revived from Mars" [Skymania].