The Prophet of Space Trash

Donald Kessler is leading a new study considering what to do about orbital debris, a problem he saw developing decades ago. 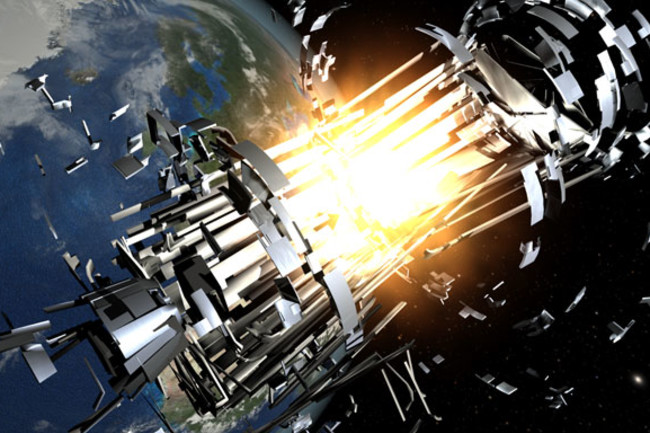 Colliding satellites add to the expanding mass of junk in space. | Courtesy ESA

In 2009, after two telecom satellites smashed into each other, the U.S. National Research Council commissioned a team of experts to examine whether NASA was doing enough to address the growing problem of space junk. When it came time to pick the chair of the panel, the choice was obvious: Don Kessler, a 71-year-old retired NASA scientist who has been warning the world about orbital debris for more than 30 years.

Kessler grew up dreaming of becoming an astronomer but had no money for college, so he joined the Army. After he got out in 1961, he returned home to Houston, where NASA had recently established its manned spaceflight headquarters. Kessler was accepted into the agency’s cooperative education program, which allowed him to earn a degree in physics.

He started out studying meteoroids, but his attention soon shifted to debris from space launches. By 1978 he had published his landmark paper, “Collision Frequency of Artificial Satellites,” [pdf] detailing the science behind what is now unofficially known as the Kessler Syndrome: Space junk collides with other space junk, producing more and more fragments, until the debris eventually renders low Earth orbit (within about 1,000 miles of Earth’s surface) impassable. Junk was sparse in the 1970s, though, and people tended to think of low orbit as part of infinite space. “Nobody believed it initially,” Kessler says.

Today debris threatens hundreds of spacecraft and satellites; in fact, last June a space-station crew scrambled into a Soyuz escape capsule because of passing trash. A few fanciful tech fixes have been proposed, but Kessler says a simple policy shift is what is needed most. He argues for a law mandating that satellites fall out of orbit within 25 years—something that is now merely recommended—to keep them from becoming uncontrolled orbiting projectiles. “If you tell people they will have to get their junk if it doesn’t de-orbit on schedule, then maybe they will follow the guidelines,” he says.