Astrophysicist Mario Livio talks about the math underlying life, the universe and everything. 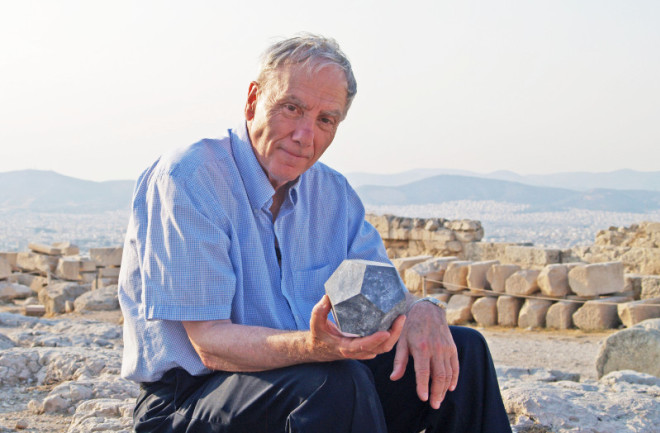 Math surrounds us, from satellites orbiting above us to the pattern of flower petals in your garden. But did humans invent or discover math? Astrophysicist Mario Livio, author of Is God a Mathematician?, hosts Nova’s intriguing new hourlong documentary (“The Great Math Mystery,” 9 p.m. EDT April 15; check local listings) that explores the origin of numbers and the rules that govern them.

Livio chatted with Discover Senior Associate Editor Gemma Tarlach about how it all adds up.

A: First, I want to make clear that I’m not hedging my bets about whether math is invented or discovered and choosing something in between. The question of whether math is invented or discovered is itself misleading because it gives you the impression it has to be one or the other. Humans looked around and saw two eyes, two legs, two breasts. They had no “2” but, from what they observed, they abstracted the concept and invented the number 2 — the number itself you couldn’t see in nature. In that way, we invented the concept of natural numbers. But the theorems were forced upon us: 3 squared plus 4 squared equals 5 squared. We have no choice. This was discovery.

Q: But couldn’t one argue, say, the concept of “2” has always existed, and we just gave it a name?

A: It’s not a name; you could call it 2, you could call it schmoo, but the fact that there is an abstract concept common to all those things, that’s the thing we invented. Because natural numbers are so natural to us, you may have thought people didn’t need to invent them. But look at fractions, which we abstracted from experience. You cut a loaf of bread in half and you have a half. You have to come up with the concept of “half.”

Q: Does the process of invention and then discovery also apply to imaginary numbers?

A: Yes. Take the square root of negative 1. This number did not exist, even after people invented numbers by abstracting the concept of them. But people tried to solve cubic equations and, in the process of doing that, invented the square root of negative numbers. There is no number that, when you square it, gives you a negative. We invented the new concept of imaginary numbers and then discovered a whole new area of complex relationships that existed around them.

Q: Math is, pun intended, integral to our world. So why are there so many different ways to teach it?

A: The world today is not what it was 30 years ago. You want the education system to reflect changes in society. Your phone uses GPS and communicates with three or four satellites in order to determine your location. To do that, it must use Einstein’s theory of special relativity and his theory of general relativity. Special relativity because the satellites are moving much faster than you are, general relativity because the satellites are much farther from Earth, with weaker gravitational pull. Clearly not everyone needs to know Einstein’s theories to use the phone, but we are living in a very technologically advanced society, and math education needs to keep up. Math should be treated as part of general human culture, in the same way that we study literature and arts and history. Students should know that there are such things as the laws of nature and physics, which we believe govern every single phenomenon in the universe, even if they don’t study in detail what those are.

A: Einstein’s equation of general relativity. I know it is really a set of equations, but it can be written in concise form: It is matter and energy of the world that determines the geometry of space. Mass causes space around it to warp. Think of it as me, standing on a trampoline, causing the trampoline to dip. It tells us gravity is not some mysterious force; it’s just an expression of the curvature of space.