The Moon Still Isn't the Cause of Big Earthquakes 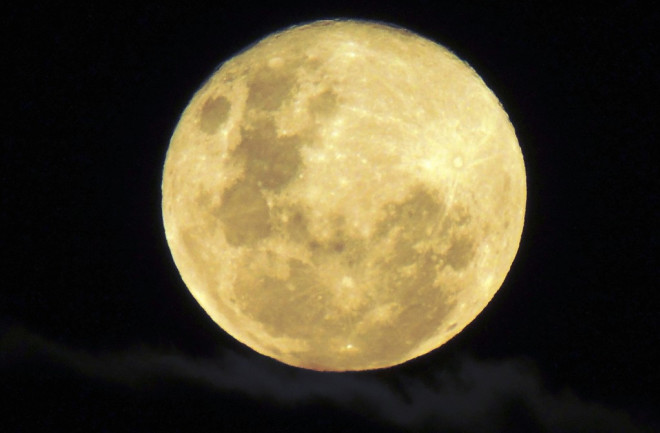 A nearly full moon on July 4, 2012. Flickr. You know you've seen it before: you hear we're going to have a "supermoon" and someone out there on the internet is claiming they know that we'll have big earthquakes because the moon will be full and closer to Earth. Clearly, it will cause faults all over the world to start moving and it will be utter destruction. Yet, here we are. I've written before about the obsession for some to try to crack the supposed code for timing of earthquakes, whether it be some believed link with the moon's cycle or the alignment of planets or solar flares or whatever. It is just human nature, to seek out patterns in the noise to help protect against a perceived threat (or that other part of human nature that wants to bring fame and fortune to oneself). However, when all is said and done, none of these pan out to be anything. But ... sometimes we really do need to beat a dead horse to try to quell these beliefs in pseudoscience. A new study in Seismological Research Letters by Dr. Susan Hough gets just at that and also wins the award for best abstract for a scientific paper:

The to-the-point abstract to a new study by Dr. Susan Hough. Seismological Research Letters, 2018. The study looked at large earthquakes (M8+) since 1600 A.D. and tried to find patterns of when these earthquakes occurred relative to the day of the month, day of the year and phase of the moon (the lunar month). Not surprisingly to most geologists, there is no pattern that can't be reproduced by any random distribution of events. That is, we see clusters of events and lulls, but that is what you would expect if the earthquakes were sprinkled randomly across the year (remember, "random" is not the same as "even"). Even when comparing when earthquakes occur during a lunar month, no clear correlation occurs - so, no, earthquakes are not more common right before or after a full or new moon. Dr. Hough does mention that there is a weak peak of events 7 days after the new moon (so, first quarter moon), but it is only just barely out of what might be expected random distribution. On top of that, the first quarter moon is when you should expect the weakest forces from the moon tugging on the Earth -- hardly what you expect for triggering massive earthquakes. In the end, the key message from Dr. Hough's study is this: even if any very weak correlation exists (and it doesn't seem to), it is hardly of any use as a predictive model for earthquakes. So, no dice for using the phase of the moon to really tell you anything about the likelihood of a massive earthquake to happen somewhere on Earth. Those internet "predictors" will say "look, I predicted it before", but never do you see the statistical rigor and data to show how many times they have been both "right" and wrong. That is the ignorant elegance of such predictions: they are easy to prove and hard to dispel because if you make enough predictions, you will be right sometime (just like a broken clock). As I've said before, predicting major earthquakes would be a life-saving ability with global implications. However, there is no evidence that we can do any sort of prediction. Instead, we should focus on how to make cities more resilient in the face of earthquakes through better construction, emergency planning and early warning systems that warn people when an earthquake has started (note: this is not a prediction, but rather a warning that moves faster than the seismic waves of an already-occurring earthquake). Don't be seduced by those who claim to be able to prognosticate, instead be proactive about how to keep yourself safe during an earthquake.