Even a rock with no atmosphere needs to let it out sometimes. 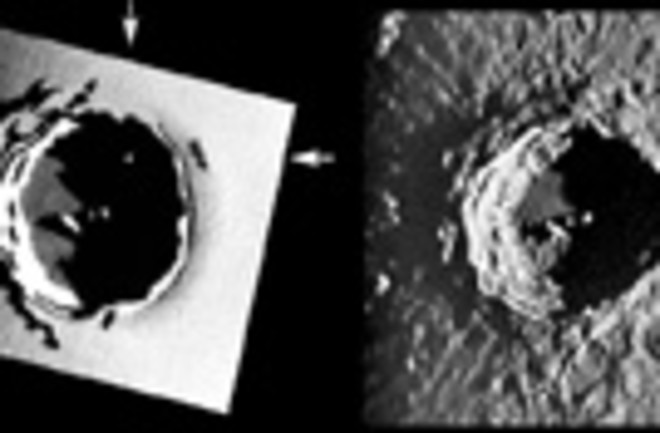 Through the ages, sightings of hazy, short-lived spots on the moon have baffled astronomers. Now an astrophysicist suggests that eruptions of gas may be creating these blurry, sometimes glowing distortions on the moon’s almost atmosphere-less surface. When Arlin Crotts from Columbia University comparedreliablesightings of these distortions with records of radon emissions collected by lunar spacecraft, he found that the locations of radon emissions and distortions matched perfectly. In fact, half of all distortions and half of all detected radon emissions came from an area that includes the bright crater Aristarchus and the moon’s largest volcanic vents. (The third image above shows a distortion over the Copernicus crater.)

Researchers have known for some time that our moon is gassy. In the early ’70s, an experiment left by Apollo 17 found evidence of argon gas. But Crotts has so far found no link between argon and the strange spots.

Crotts says that gas seeping upward to the lunar surface could build up beneath the regolith, a thick layer of superfine ground rock that covers the moon. “It would be basically the equivalent of setting off a 500-pound blast of TNT at the base of the regolith,” Crotts said. “You would see a poof of dust over an area.” The weak gravity of the moon would allow the outburst to spread far and high.