An interview with futurist Vernor Vinge as he envisions the cyborgs of tomorrow. 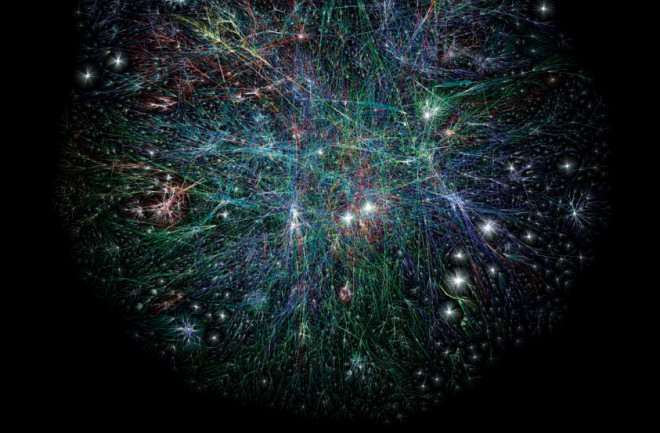 Is your overflowing e-mail inbox a herald of the next stage in human evolution? Those e-mails represent just a small sample of the vast amount of digital information being generated by the gigabyte every minute. If we can cope with this rising flood of information, we are likely to be on track for using technology in the creation of superhuman intelligence, according to Vernor Vinge, futurist, best-selling science fiction author, and retired professor of computer science. Machines will become far more than just tools; they will physically merge with us, seamlessly endowing powers that are currently beyond our imagination. And all of this will happen in our lifetime, Vinge says. Discover asked Vinge about the consequences of living in a networked world that generates and distributes more and more data every day.

Almost any amount of information about reality could be useful if it were correlated. When a person gets into the farther reaches of what we talk about and imagine when we talk about information overload, 99.99 percent is stuff that should be handled by automated processing. In the olden days that would mean you’d need a staff. For the average person today, that translates into figuring out how to use automated tools.

If most information processing is automated, what are humans good for?

There is one thing related to this that is unsettling to me, and it is that, more and more, the human place is to do certain things: human judgment, human intuition. Those are the things that we still have the edge on, and that’s what we’re really getting paid to do, to intuit, to judge. But those are becoming smaller and smaller points of focus, although absolutely essential to keeping the enterprise moving. It means that from the standpoint of the human, his or her attention is flickering around. I think that constant flickering of attention would manifest to the person as a case of information overload, because we’re used to sitting back and thinking about something and going to have coffee and when we come back from coffee we’re still thinking about the same thing. Part of it is an accommodation problem because this aspect of human nature may have to change. Also part of it is that there are some intuitional and judgmental things where a person does have to think for a long period of time to deliver, and to the extent that this is undermined, that is the real problem.

Do you think there is any limit to the amount of information we can use?

There’s a science fiction writer called Karl Schroeder who came up with the concept of thalience, the idea that every object should know what it is, where it is, and be able to report that to any nearby object. So in effect reality becomes its own database. At that point you pretty obviously can have any amount of information because reality is a big and fine-grained place. And if you look at all the projects on the Google Labs Web site, there are obviously people who are trying to answer the question of what are all the things we can do with this.

This is related to the trend we see with embedded and networked microprocessors. In the 1980s we began to put computers in devices that didn’t seem to need computers, like cameras. Now, of course, we know why we need them in cameras. In the 1990s those devices began to have network access. They’re sort of like an internet beneath the internet, digital plankton. Now if this trend persists, then you are looking at one of the possible scenarios that give rise to “the singularity.”

What is “the singularity”?

What I mean is that I think that in the relatively near future, we will be able to use technology in order to create, or become, creatures of superhuman intelligence. As technological changes go, this is qualitatively different from the big events in the past. You could explain fire or agriculture to somebody who lived before those technologies were invented. But after the singularity—it would be like trying to explain this interview to a goldfish.