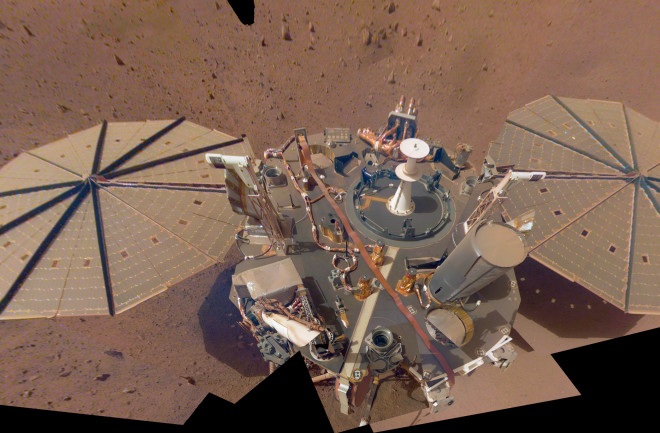 Usually, getting to another planet is supposed to be the hardest part of the mission. Not so for NASA’s InSight lander.

The probe touched down on the Red Planet in November 2018, and immediately started taking weather measurements and photographing its new permanent home. Unlike its more famous sibling missions like Opportunity and Curiosity, InSight is no rover, and will instead perform its whole mission from one location in the broad plain of Elysium Planitia near Mars’ equator.

But in 2019, that mission had a major hiccup. A part of InSight’s Heat Flow and Physical Properties Package (HP3) — an instrument meant to burrow about 16 feet underground to measure how heat and vibrations travel through martian soil — got stuck. It drilled about 1 foot down, and hasn’t moved since Feb. 28.

NASA engineers spent a long spring and summer testing ways to fix “the mole,” as the drilling segment is nicknamed. They think it’s either stuck on a rock or mired in too-soft soil, and have tested possible solutions with models on Earth.

In June, the engineers decided to use InSight’s robotic arm to lift the mole’s support structure out of the way, allowing them a better look at what’s blocking the digging device. But the arm wasn’t designed for such a delicate operation, so they had to make sure, using test models, that such a procedure could even work. And if they accidentally pulled the mole out along with the structure, they would have no way to reset it to digging, so HP3 would be instantly kaput.

But the engineers persevered; by July 1, they had successfully removed the support structure and InSight could finally take pictures of the stuck instrument.  Now, everyone is pondering the next steps.

Fortunately, the rest of InSight’s instruments — meant to measure marsquakes and monitor the weather — are still performing admirably. On April 6, for example, the seismometer felt its first quake. By Earth standards, it was so small it wouldn’t even register, but for the quieter Red Planet it was a momentous occasion. Researchers aren’t sure yet of the exact cause, but it is the first shaking that seems to have come from within the planet. By continuing to listen and learn, InSight’s unique instruments will provide even more lessons as the lander enters its second and final planned year on Mars.