The Man Who Made Stars and Planets

Alan Boss has spent a career predicting how stars and planets form—and has often been right. 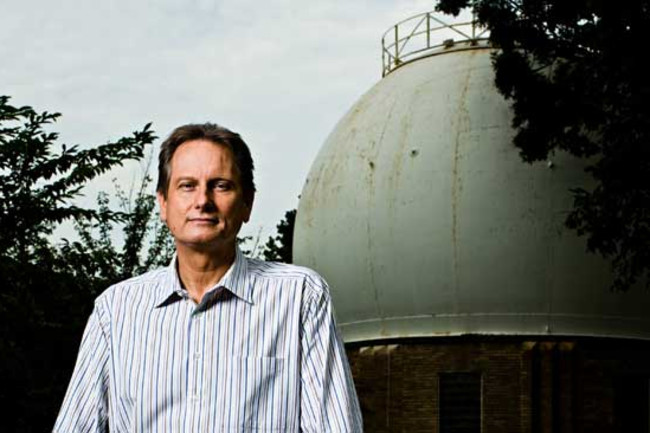 Thirty-five years ago, astrophysicist Alan Boss set off on a seemingly quixotic project: He wanted to figure out how planets form around stars. At the time astronomers knew little about the early history of our solar system and had no idea at all whether other stars even had planets. In essence, he wanted to build a model without knowing what he was modeling. Undeterred, Boss spent the next few decades working with the only example available—our own sun and planets—and making his best guesses.

Today those guesses have turned out to be incredibly prescient. Since 1995 astronomers have found more than 300 exoplanets (planets circling other stars), turning up one surprise after another. The first planets found were as massive as Jupiter but huddled much closer to their parent stars than Mercury is to the sun. Nobody had ever anticipated the existence of such “hot Jupiters,” but Boss’s models quickly suggested how these and other gas giants might have formed. Subsequent curveballs included planets in wildly elongated orbits and giant, rocky “super-Earths”—objects that are clearly alien yet also uncannily reminiscent of our own home.

Each discovery has shown just how creative nature can be and has brought Boss a little closer to understanding the intricate process by which a swirling mass of gas and dust turns into a vibrant system of planets. And with each step he gets a little closer to answering the key question behind his work: Is Earth a fluke, or are Earth-like worlds a common result of the way planets arise? In his forthcoming book, The Crowded Universe, he argues that we will soon find many other Earths, and many will teem with life. DISCOVER executive editor Corey S. Powell caught up with Boss in his office at the Department of Terrestrial Magnetism at the Carnegie Institution of Washington in Washington, D.C.

You got into stellar and planet modeling at a time when observing exoplanets wasn’t even possible. How did that happen? I went to UC Santa Barbara for graduate school, and I was planning to go into high-energy physics. But I took a graduate course from a fellow by the name of Stan Peale, a celestial mechanician, and unlike my classmates I did very well, so he asked me to work with him. He had me look at a book by Viktor Safronov called The Evolution of the Protoplanetary Cloud and Formation of the Earth and the Planets. It was sort of the seminal work for organizing thought on the formation of solar systems and planetary systems. Somewhere in chapter 2 or 3, Safronov essentially says, “Consider a newly formed star with a disk around it. And let’s make planets.” I said, “How did we get to that point?” I figured I’d just take a few steps back and worry about how stars formed, and then it would lead me, naturally, to the process of planet formation. Coming up on 35 years later, I’m still busily doing the same thing.

But it wasn’t until the early 1990s that we actually saw good evidence of planets around other stars. There were several decades there when we only had one solar system to worry about. And that made it pretty easy because you could just take any basic astronomy textbook and look in the back and see exactly the masses and the orbits of the planets. You knew what the answer was. Theorists love that—to solve problems where they know what the answer is. By 1995 or so, theorists pretty much knew how to make terrestrial planets, even gas giants. Build up a core first and then pull gas out of it to make the gas giants.

We thought we knew how everything went. Then came the discovery of the planet around the star 51 Pegasi. The planet [a hot Jupiter] was too close to its sun to have formed there, and this implied something had to have migrated inward. Migration had been in the back of our minds, but we considered it a dark, dirty little secret. When 51 Peg came along, we were forced to admit that migration was going to be a big part of the planet formation process. Therefore the whole process had to be rethought.

Nobody expected the planet of 51 Pegasi to be anything like it was. Where did that surprise lead you? It was more like a eureka moment. It wasn’t a negative thing, though I had published a paper in Science saying the first planets found would be at the distance Jupiter is from our sun. I was spectacularly wrong. And the planet, 51 Peg b, had this perplexing short-period orbit. One night I was lying in bed at 2 a.m. staring at the ceiling and it just sort of came to me. The damn thing must have migrated in and gotten left behind. There’s just no way to understand its forming there. It would have formed somewhere else and migrated in.

What are the reigning ideas of how planets and solar systems form? Core accretion is the conventional way to build planets that most people believe in. It basically builds on known physics that we pretty much understand. You have solids in orbit in a disk, and the solids run into each other and stick and build progressively larger and larger bodies. In the absence of much gas, you’ll end up with just a rock, like Earth, or an ice giant, like Neptune, perhaps. If there’s gas around and the bodies get large enough, perhaps something on the order of 10 Earth masses or so, then you can start pulling some gas in on top of your rocky core and make something that looks like a gas giant planet, like Jupiter. You just have to build that core fast enough to be able to pull in gas while the gas is still there. If you can, then Bob’s your uncle.

With the idea of disk instability, you propose a very different mechanism, in which clumps in a star-orbiting disk eventually form a gas giant Disk instability answers the question “Is there a shortcut that nature can take to make gas giants while the gas is still there?” Can the gas itself undergo an instability where it starts clumping together and in a very short period of time make a self-gravitating clump within which a core can form? In the case of disk instability, ice giants form when the star system is located in the region of high-mass star formation. The ultraviolet light of nearby massive stars evaporates the disk and then reveals protoplanets [planet embryos]. And the protoplanets lose their envelopes as well, so you’re left with an ice giant. Some important work has been done on disk instability recently by the Israeli scientist Ravit Helled and her adviser, Morris Podolak, from Tel Aviv. They wanted to see what would happen if you had a gas giant protoplanet formed by disk instability. What happens to solids in the envelope? Can they settle down and make a core? And she found that, yes, they can. In addition, you can actually trap a lot more solids by having that large, fluffy protoplanet basically vacuum up all the other comets that are in the disk. Disk instability can form planets that look like Saturn and Jupiter just as well as core accretion can. So from that point of view, we now have two ways of making gas giant planets. And I think we need both of them. One or the other is not going to do it because there’s such a wide range of systems.

Given all the chaos, all these things smashing into each other, do you think that in many cases both processes are at work? Oh, yeah. All these processes are going on at the same time.