The confusions of definitions across borders 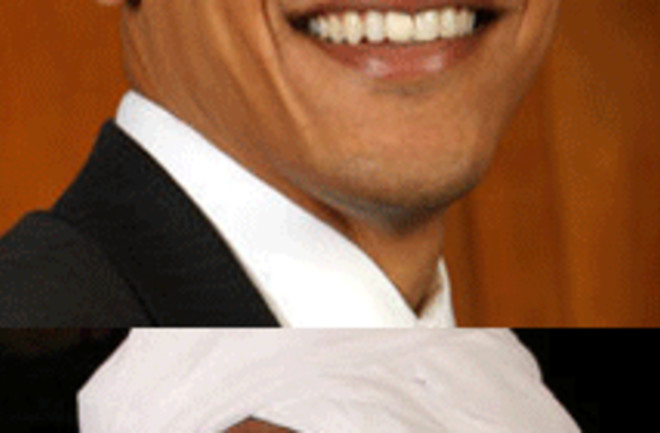 Just reading this article in Slate, How To Throw an Election:

On paper, that's what Sudan's 21-year civil war was all about. More than 2 million people died in that terrible religious-themed conflict between the Muslim, Arab-led north and the pagan and Christian black south. In reality, almost no one in the south bought the unity line except their charismatic (and autocratic) leader, John Garang. Garang, a favorite of the West, negotiated Sudan's 2005 peace treaty, the Comprehensive Peace Agreement, that finally ended the war. The document was essentially written to ensure he would be elected Sudan's first black president.

How is it that the current president of Sudan (picture to the left) isn't black, but Barack Hussein Obama is black? I'm in the category of people who think the world "race" has some utility and maps onto real patterns of human variation, but sometimes it's just funny. The distinction between the Arabs of Sudan and blacks of Sudan is kind of weird, because Arab is not a race, and Arabs can be of any race theoretically (there are even Arabs in Yemen's Hadhramaut who have a lot of Malaysian ancestry because of international trade), though generally they are of the olive persuasion. Perhaps the Sudanese Arab elite wouldn't want to be identified as black because that isn't particularly prestigious, but they'd certainly be identified as such in other Arab countries. Anwar Sadat was the subject of some racist attitudes within Egyptian society because of his Sudanese ancestry (his mother was Nubian) and his dark skin. Anyway, my amusement was mostly the fact that they went with this text, and, added a picture of a man who most Americans would identify as black but noted implicitly that he wasn't black. American journalists are generally punctilious about following the rule of hyodescent when it comes to Americans, even when those individuals object to this framing, such as Tiger Woods (who is twice as Asian ancestrally as he is black). But I guess in an international context they will bend more. It reminded me of stories that Afro-Arabs were often allowed to stay at "whites only" facilities in the USA when segregation was the norm because they were foreign. Note: Hypodescent isn't just an American issue. There are controversies about a new biopic of Alexandre Dumas where he is played by Gérard Depardieu. Some people wanted a non-white actor cast because Dumas' mother was mixed-race. But of course Dumas was mostly white, and he seems to basically have looked like a white guy. France of the 19th century was not the American South of the 19th century, and a drop of black blood did not make you persona non grate within white society. If you want real accuracy, perhaps cast Wentworth Miller as a young Dumas, he's a white-looking mixed-race actor. Image Credit: Slate & Whitehouse.gov