The Best of Science Culture This Month 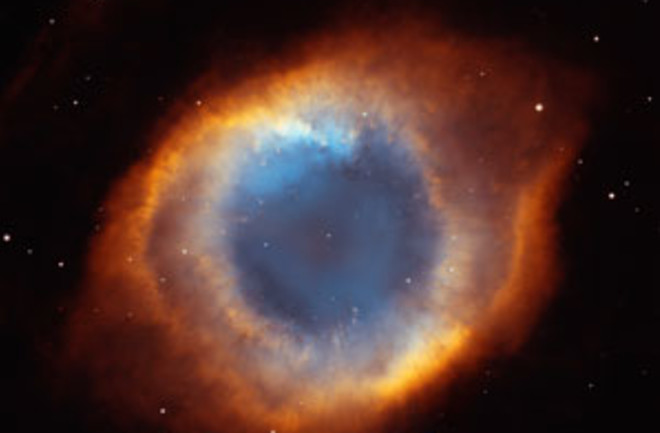 400 Years of Star Trekking NOVA: Hunting the Edge of Space

PBS, April 6 and 13When Galileo turned his primitive spyglass to the sky four centuries ago, he upended our entire understanding of the universe. In this two-part special, Nova traces the telescope’s evolution from two little lenses in a tube to the great observatories that now peer back nearly all the way to the Big Bang.

“Hunting the Edge of Space” is part history of astronomy and part rumination on the vastness of the universe. While the show hits the obligatory notes—discussing the famous observatories like Hubble and Mount Wilson and classic astronomical objects like the Crab Nebula—it also offers a few extra tidbits that make it something more than a compendium of great moments in science.

A simulated image shows Jupiter the way Galileo would have seen it through his primitive scope: just a blurry dot surrounded by four dimmer blurs. Demos of sagging glass and bending light show why mirrors supplanted lenses in modern telescopes. And we get a look inside an innovative Arizona laboratory where grinders prepare massive mirrors for next-generation instruments that will gaze even more keenly into the cosmos.

The Discovery Channel’s new special races though computer-generated and live-action visualizations of the renowned physicist’s wild ideas of reality. Hawking explains how time bends ever-so-slightly near massive objects like the Egyptian pyramids, making people near them seem slower to people observing from far away. He imagines a train running at nearly the speed of light to ferry time travelers into the future. There is also a dose of Hawking humor. He hosts a party for time travelers, complete with champagne, and sends invitations after the soiree. Alas, nobody from the future shows up.

Anthill By E. O. Wilson (W. W. Norton)Endearingly optimistic and ant-obsessed, this tale of an idealistic nature lover from Alabama out to save the ecosystem of his childhood is just what you would expect from a first novel by this world-class evolutionary biologist.

Eaarth: Making a Life on a Tough New Planet By Bill McKibben (Times Books)Climate change is already here, McKibben says. We live on a planet much different from the one that saw the birth of human civilization—one with more storms and giant fires, less ice, and corrosive oceans. We must embrace a slower, more stable existence, he argues, or we will perish.

The Eerie Silence: Renewing Our Search for Alien Intelligence by Paul Davies (Houghton Mifflin Harcourt)For 50 years a dedicated group of scientists have listened for radio signals from extraterrestrial civilizations—and heard not a peep. Now what? Cosmologist Davies makes a strong case for searching higher frequencies and seeking chemical or physical anomalies that could point to life.

What if the Earth Had Two Moons? by Neil F. Comins (St. Martin’s press)In his second book of what-ifs, Comins playfully imagines our planet with two satellites, two suns, and other scenarios. The joy lies in the details: He sees the extra light of two moons accelerating animals’ evolution of camouflage, or a backward-orbiting moon slowing Earth’s rotation to a halt before it starts in the opposite direction.

In one of the most compelling interactive simulations, museumgoers adjust the size and speed of a 40-foot tornado and then stand inside the vortex. At the fire exhibit they can ignite a high flame and simultaneously activate overhead sprinklers. Then comes the real fun: shooting a laser though the resulting mist to see how convection works. Each station is accompanied by thoughtful videos featuring researchers from organizations like NASA and NOAA explaining the connections to real-life science.