The Best of Science Culture 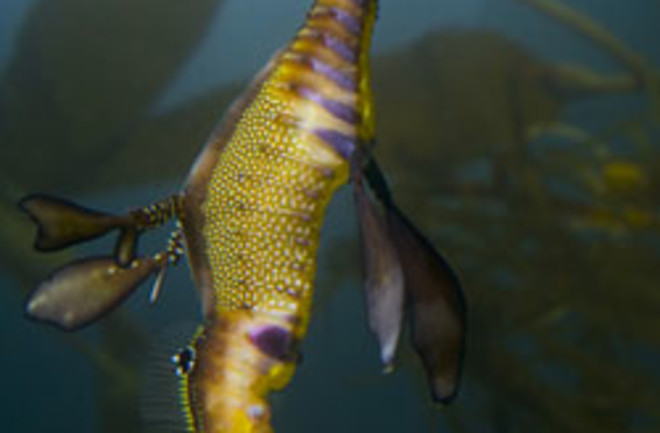 TVFollowing up on their wildly popular 2007 series,

, the BBC and Discovery Channel have reteamed for a natural history series featuring similarly stunning photography, but from a new perspective. LIFE focuses on up-close encounters with the astonishing, quirky, and endearing behaviors of animals and plants dwelling on every continent and in every habitat. More than four years in the making, the 11-episode series is crafted from more than 3,000 days of film shoots utilizing state-of-the-art equipment and techniques, and it shows.

While filming the elusive Basilisk lizard, which can sprint on water for up to 100 feet in moments of danger, photographers ventured deep into the Brazilian rain forest with a super-slow-motion camera shooting at 2,000 frames per second, 80 times as rapid as a traditional camera. The lizard moves so quickly that the cameramen often could not see its behavior with their naked eyes.

In Australia, photographer Warwick Sloss captured the shot shown here: a portrait of the considerably slower Weedy Sea Dragon. These timid creatures can grow to 18 inches in length, but the pink eggs clinging to this male dragon will hatch babies just one inch long. The dragon’s bizarre snout sucks up tiny crustaceans and zooplankton for meals, while its leaflike protrusions provide clever camouflage—just the thing to escape the clutches of ocean predators.

TECHONKYO DX Dual-Screen LaptopNobody wants to lug around an oversize computer, but nobody wants to stare at an undersize screen either. Hence the latest tech trend, dual screens that fold into a single unit. Onkyo’s DX laptop features two high-resolution displays (1,366 × 768) and a decent 2 gigabytes of internal memory. Right now you can purchase it only from Japan, for $966 (at current exchange rates), but expect dual-screen laptops and netbooks to hit the U.S. market soon.aline reynolds

BOOKSThe Future History of the Arctic by Charles EmmersonAs the Arctic thaws, nations around the globe are jockeying for access to its mineral resources and potentially lucrative new shipping routes. With considerable on-site reporting, Emmerson surveys the environmental and geopolitical changes under way.

Cro-Magnon by Brian FaganArchaeologist Fagan reconstructs the lives of the Cro-Magnons of late Stone Age Europe and speculates about the evolutionary and cultural advantages that allowed them to displace the Neanderthals. Colorful vignettes of hunts, gatherings, and artistic efforts bring this wide-ranging survey to life.

Manufacturing Depression by Gary GreenbergGreenberg, a psychotherapist diagnosed with major depressive disorder, examines the history of depression and the medical and pharmaceutical industries that profit from it. His intensely personal narrative provides a fascinating look at the illness.

Among the Great Apes by Paul RaffaeleNature journalist Raffaele spins riveting tales of his mission to visit every species and subspecies of great ape in its natural habitat. Confronting threats from angry silverback gorillas and armed rebel troops in the Congo, Raffaele follows in the footsteps of Jane Goodall and Dian Fossey and meets the next generation of scientists working to protect these intelligent and endangered animals.

Secrets of the Silk Road: Mystery Mummies of China

Bowers Museum,Santa Ana, CAExquisitely preserved mummies from western China have forced a major reevaluation of the history of ancient Eurasia. Three of them are featured in this exhibit: a man, a woman, and an infant. None of their preserved faces look Asian; rather, they are light-skinned and light-haired, with round eyes and long noses. Their physical features and clothing resemble those of mummies found in Siberia, Persia, and Europe. On exhibit with opulent goods, the Chinese mummies, dating back nearly 4,000 years, are helping researchers understand who conducted trade along the old Silk Road. These mummies “are among the most important human remains,” says Victor Mair, the exhibit’s co-curator. On view from March 27 through July 25. www.bowers.org

Institute for the Study of the Ancient World, NYU, New York CityMillennia before the great pyramids of Giza were built, elaborately painted female figurines and costumes gleaming with copper and gold were being created by the artisans of Old Europe, who thrived around 4500 B.C. The pottery, dwellings, and long-distance trade of these people indicate a highly developed culture. Beaded necklaces and copper axes are among the nearly 200 artifacts on display from Romania, Bulgaria, and Moldova in their first U.S. exhibition. Continuing through April 25. www.nyu.edu/isaw/exhibitions/oldeurope

The Hubble, Ready for Its Close-UpHUBBLE 3D When the space shuttle Atlantis set off to repair the Hubble Space Telescope last May, its payload included state-of-the-art imagers, new batteries, and a 600-pound IMAX camera. Now modern astronomy’s most iconic instrument is coming to a theater near you. Hubble 3D includes footage from Hubble’s 1990 launch along with an animated tour of the telescope’s key observations, from the stellar nurseries of the Orion nebula to our closest galactic neighbor, Andromeda. But the meat of the film is an intimate look at the thrills and challenges of May’s final servicing mission, shown from the perspective of the astronauts who did the harrowing hands-on work. “The crew is very engaging, with wonderful personalities,” director Toni Myers says. “They really show the audience how difficult it is to do what they were faced with up there.” Opens March 19 in IMAX 3D.