That Word You Heard: Glueball

Force is strong with this one. 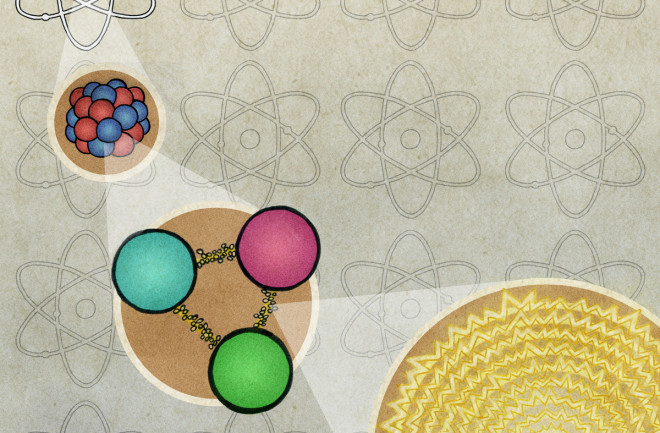 No, it’s not the little glob that clogs up your Elmer’s bottle. A glueball is a particle comprising only other particles called gluons, which have no mass. Gluons are the force particles that hold together quarks, which make up protons and neutrons. That means a glueball is made up entirely of force. And scientists can’t even observe this unstable particle; they can only detect it by trying to calculate its decay. But in 2015, researchers announced a promising new calculation technique that could help them finally pin down the elusive glueball.