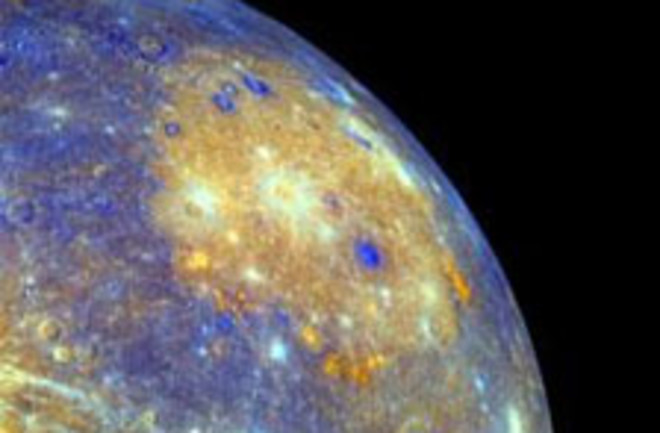 What's the News: After firing its thrusters for about 15 minutes on Thursday, NASA's MESSENGER spacecraft lost enough speed to be pulled in by Mercury's gravitational field, making it the first probe to orbit the Swift Planet. "Mercury's secrets, and the implications they hold for the formation and evolution of Earth-like planets, are about to be revealed," MESSENGER principal investigator Sean Solomon told Slate. What's the Olds:

Not So Fast: Don't expect any stunning images by this weekend: MESSENGER's first pictures in orbit are slated to arrive toward the end of the month. The Future Holds: Engineers will continue checking how well the probe is withstanding Mercury's hot temperatures, with plans of turning on equipment on March 23, and starting scientific studies on April 4. The spacecraft will carry out a one-year survey of Mercury in hopes of using close-up mapping to settle long-held debates, such as whether ice is hiding at the poles.