Study Finds Religion May Be Going “Extinct” in Some Countries

: Looking at census data from nine countries, a team of scientists have made the bold assertion that religion is headed for extinction and it's all based on a mathematical model of the complex social motives behind joining religious groups. As they note in their abstract, "People claiming no religious affiliation constitute the fastest growing 'religious' minority in many countries throughout the world." How the Heck: 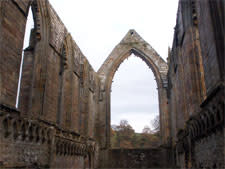 Not So Fast: The model's limitations are many, including its simplistic network structure, as Weiner told the BBC: It assumes that each person is equally influenced by every other person. It also assumes that mere social utility is the driving reason behind people's religious affiliations, ignoring a slew of other, difficult to measure, non-social factors underlying faith, such as the strength of deeply personal religious convictions and a (potential) basic human tendency to believe in something larger than ourselves. The study is based on the premise that religious networks behave the same was as do speakers of a common language and non-religious social groups, a reasonable but debatable assumption. Reference: "A mathematical model of social group competition with application to the growth of religious non-affiliation." Authors: Daniel M. Abrams, Haley A. Yaple, Richard J. Wiener. arXiv:1012.1375 Image: flickr / DominusVobiscum