A hurricane-like system in the planet's northern hemisphere puts Earth's storms to shame. 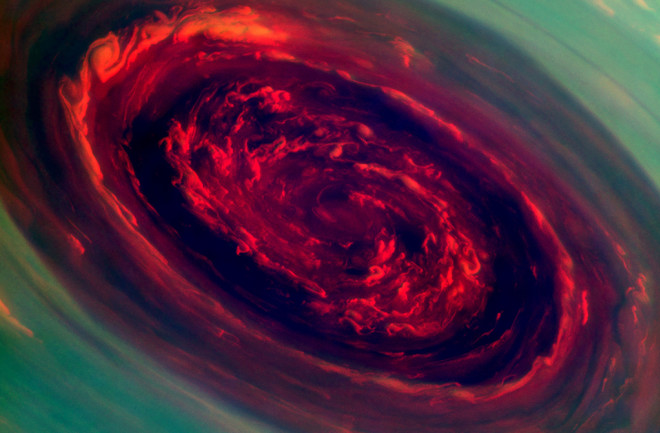 With a whirl of color, a massive hurricane-like system swirls over Saturn’s north pole in a video released by NASA in April.

Although the Cassini spacecraft first detected the ongoing weather phenomenon shortly after arriving at the planet in 2004, a visible-light view had to wait until after August 2009, when sunlight returned to Saturn’s north hemisphere after the long winter.

The false-color images show a monstrous storm 20 times as large as an average Earth hurricane — the eye alone is 1,250 miles across — with winds reaching 300 mph.

[This article originally appeared in print as "Storm Over Saturn."]