Stephen Hawking & the Science of the Midterm Elections 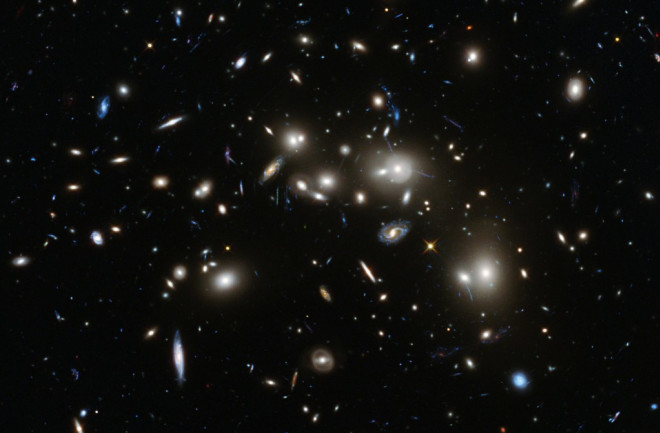 Taking a cosmic view could be healthy for our politics. (Credit: NASA/ESA/HFF Team) Out There is not a political blog. Quite the opposite: It is a celebration of the outer boundaries of human exploration, where I deliberately steer away from most of the issues associated with our daily grind. Nevertheless, there are times when science contributes something to the political conversation (and vice versa), and this is one of them. As I was reading about yesterday's election, I was reminded of a quote from my recent interview with James Marsh, director of the new film The Theory of Everything. "That’s an interesting part of science, that you have to be open to changing your mind...It’s a hallmark of that thinking, that you’re open to the evidence changing your ideas," he said. (His comments echo the famous quote from Carl Sagan.) Marsh was speaking in reference to Stephen Hawking's u-turn rejection of his early cosmological ideas in favor of the no-boundary proposal, but it has a surprising resonance to election politics as well. News commentators, political bloggers, and those who call themselves (apparently without irony) political scientists regularly interpret election results in terms of some sweeping and lasting new paradigm: This is a permanent realignment, or a rejection of partisan politics, or an embrace of partisan politics, and so on. They are looking for absolute and lasting truths, which is another way of saying that they are behaving like ideologues--or at least, attempting to behave that way. Look at the actual evidence, on the other hand, and you see that the voters are fickle and ever-changing. The 2006 midterms trended strongly Democratic. Four years later, the sweep was toward the GOP. Then an Obama steamroller in 2012, followed by a Republican steamroller this year. Those swings make a mockery of the claims that the United States is mired in immobile partisan politics. What they seem to show, rather, is reactive politics in which the voters keep changing their minds in response to new information. Which sounds almost...scientific. To address two obvious objections: First, midterm elections certainly are influenced by voter turnout--that is, by the mix of who votes, not just by how they vote. But even taking that into account, there must be some dramatic changes in voter behavior at work when a Republican governor wins in Maryland, a state where Democrats have a 2:1 registration advantage. Second, the reasons why people change their votes is often driven by emotion and intuition rather than by anything resembling traditional scientific analysis. Still, I'd argue that those reactions are not as unscientific--and certainly not as unbending--as they are commonly portrayed. Neuroscientists like Antonio Damasio argue that emotion is an essential and universal part of human decision-making. Information about the state of the economy, foreign policy successes and failures, or the management of infectious disease are all data inputs. The quality of the data may not always be very good, as anyone who's ever Googled around can attest, but the process of arriving at a new political view based on those kinds of inputs is not fundamentally different from the way that geologists embraced plate tectonics after they saw evidence of seafloor spreading in the Atlantic, or the way that cosmologists accepted dark energy after examining studies of distant supernovas. The lesson from I take from the 2014 midterms (filtered through the lesson of Stephen Hawking) is that the biggest challenge of American politics right now is not entrenched ideology. Actually, it is almost the exact opposite: excessive volatility, as voters change their minds too quickly in response to shifting circumstances, and in response to inputs that are too small or inconclusive. Great insights do not emerge that way. Hawking has spent nearly 50 years trying to sort out the physics of the origin of the universe. Albert Einstein similarly attributed his success not to thinking about different problems than other people did, but to thinking about them much longer and harder through his adult life. Extreme patience is the other half of the unusual mindset of the scientist. This is something that James Marsh didn't quite manage to capture, either in his interview or in The Theory of Everything, because patience is probably the hardest of all human virtues to depict dramatically. It is also a way of thinking that is deeply contrary to our evolved human nature, which naturally seeks rapid gratification and resolution. Nevertheless, I like to believe that every new Hubble image and every new multi-year mission of space exploration does a little to nudge us along in that direction. It won't be easy, but making patience into its own ideology--a stubborn adherence to thinking about long-term goals and long-term consequences--may be a crucial step to achieving a political process that truly mimics the best aspects of science.