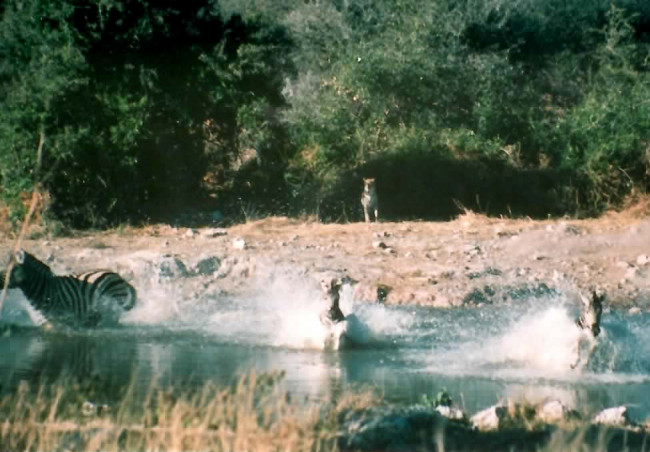 In Discover Magazine's upcoming October print issue, the article "Hemmed In" follows the work of scientists monitoring endangered species in the Southwest. You can help too with a citizen science called Wildlife Sightings, which lets anyone publish, organize, and manage their own wildlife sightings data.

You could see your breath on the cold air, backlit by the rising orb of heat. All around us the night was giving way to day, marked in chief by the insistent call of birds— a Grey Lourie’s warning cry, the mischievous banter of yellow-billed hornbills, and the monotonous but strangely intoxicating duet of a couple of crested barbets. My grandfather and I were sitting at a waterhole in Namibia’s Etosha National Park in his ’72 VW Campervan. Waiting. A few francolin strolled down for a drink, followed by four zebra. Just then I noticed movement beyond the waterhole. My grandfather said, “There’s a hyena poking around in that bush, he seems intent on something.” We couldn’t see what the hyena was looking at, but it soon left. Before long the zebra began to get twitchy, which made us wonder. It soon escalated into excitement and then fear just after which a leopard erupted from the shadows. The zebra had to bolt through the water towards us to escape, and I was waiting with my camera at the ready to capture the moment. Later, in the hot, still afternoon when save for a few young baboons raising cane nothing was happening, we could pull out the memory of that observation and retell it from every which way, reliving the sense of life and death in this legendary little corner of Africa. 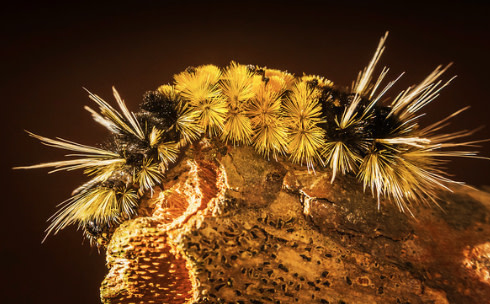 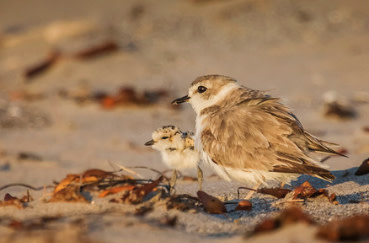 Western Snowy Plover Male & chick in Coal Oil Point, CA We used to make lists of everything we saw. In the beginning it was mostly the charismatic megafauna that qualified—lion, cheetah, buffalo, elephant, leopard and the many antelope species, but in time we learned that a peek into the more obscure world of birds and reptiles deserved the same billing. The lists quickly quadrupled in size, and we worked on them during those oppressive afternoons. We never got to share them with anyone, and now all that remains of these paper trails is the occasional distant memory. But visitors to that same national park today can build a digital equivalent of those lists from anywhere in the world, thanks to a citizen science initiative called Wildlife Sightings

. Paul Lindgreen developed the citizen science program after seeing many other wildlife surveys fail: “I understood the difficulty of creating and maintaining custom-built applications as my background is in biology and website programming,” he says. Watching good intentioned groups try to recreate the wheel was enough to motivate Lindgreen to create WildlifeSightings.net. He adds, “In my home province of Nova Scotia a large citizen project was created more than 100 years ago—called the Thousand Eyes Project

. In 1900 Dr. Alexander Howard MacKay, the school superintendent for schools in Nova Scotia, began a project that records information on seasonal phenomena, a discipline known as phenology.” The venture engaged participants from as many as 1,500 schools, lasted 23 years and the data collected is a treasure trove of information not only for Canada, but for the entire world, as issues pertaining to climate change dominate geopolitical discussions and concerns today. Now you can contribute to Wildlife Sightings in a similar way—as a Bioblitz (an intense 24-hour period of biological surveying in which all living species are recorded in a certain area), if you are an ecotourism organization or business, a nature class or school club of a science or conservation organization. The data collected will help scientists better understand the problem of encroachments and provide solutions for the disruption of habitat corridors. For Lindgreen the most exciting thing about Wildlife Sightings is simply that it proactively engages the public. Following closely is that it empowers wildlife conservation groups by providing free tools to manage their own citizen science projects. “ The Global Biodiversity Information Facility

, for example is the main affiliation for Wildlife Sightings. We do provide assistance in using the tools and offer customization options, but for the most part we are hands off and we try to enable groups like GBIF to run their own projects,” comments Lindgreen. The goal is to make running citizen science projects easy and free by eliminating technical and cost barriers. 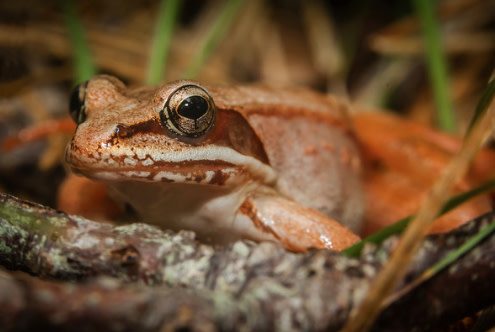 Wood frog in Cape Cod, MA Wildlife Sightings has sections for birds, insects, mammals, amphibians, reptiles, aquatic organisms and plants—all the major categories that would be covered in a Bioblitz for example. When Susan Rudy was assisting the National Park Service with what she first called a "BioBlitz" in 1996, they identified about 1000 species. Held at Kenilworth Aquatic Gardens

, in Washington D.C., imagine how they might have used Wildlife Sightings. The initiative has tools for educators and outreach coordinators, and it offers the ability to download data in various file formats—pdf, csv or xml. And today you can do it from a waterhole on your smartphone. Images: ianvorsterphotography.comFor over 800+ citizen science opportunities, head over to the SciStarter portal!