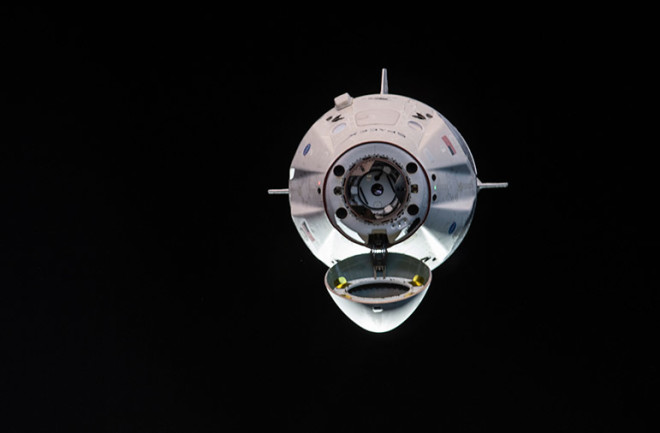 Almost three months after SpaceX’s Crew Dragon capsule blew up during a test on April 20, the results of the investigation place blame on a leak and a faulty valve.

According to a report released by SpaceX, the “anomaly” in the test occurred about 100 milliseconds prior to ignition of the last thrusters. The leak let nitrogen tetroxide, a combustible component in rocket propellant, seep out enough to ignite a check valve and trigger the explosion.

Crew Dragon was going through a standard static fire test, a tethered-down run meant to measure the SuperDraco engines. These smaller rocket motors would be used to power a crew to safety away from the main Falcon rocket if something were to go wrong during a launch. But during the test, the capsule suddenly exploded at SpaceX’s Landing Zone at Cape Canaveral, sparking a wave of rumors amid a leaked video of the mishap.

Now SpaceX says its make several changes to Crew Dragon as a result of their investigation. This includes changing their valve systems to ones that seal completely until they’re opened by high pressure. In a news release, Elon Musk’s space company said that this change could “mitigate the risk entirely.”

The same capsule that exploded had just safely flown, sans crew, to the International Space Station. And SpaceX had planned to send astronauts into orbit on a Crew Dragon capsule this summer. So, the failed test was the next step toward restoring NASA’s ability to send humans to space from U.S. soil, instead of paying the Russians for rides to ISS.

Now, in order to stay on SpaceX’s timeline, the capsule that was supposed to be used to send a crewed mission to the International Space Station (ISS) this summer will now be used to perform the abort test.

Once the next Crew Dragon vehicle completes the in-flight abort test, SpaceX and NASA hope to move forward with launching astronauts. Even with the setback from the explosion, SpaceX still hopes to have a crewed mission launch in 2019.

As of right now, NASA has contracts with both Boeing and SpaceX to develop new spacecraft capable of ferrying astronauts into orbit. The space agency hasn’t had that ability since the end of the Space Shuttle Program in 2011. NASA currently pays Russia over $80 million per seat to send astronauts to the ISS. Until SpaceX or Boeing are certified to send a crewed mission to space, NASA is going to have to continue relying on Russia.

A date has not been released yet for the next Crew Dragon test.