The aerospace company has plans to move forward with building and testing their other upcoming prototypes for the rocket. 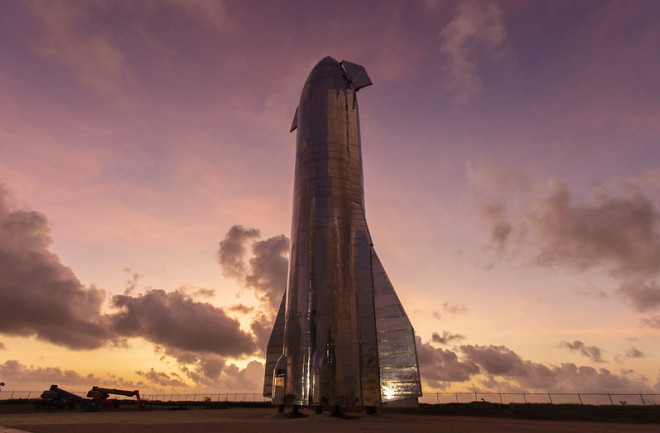 The completed body of Starship Mk1 before testing began.

SpaceX’s first Starship prototype blew its top, literally, during a pressure test of its fuel tanks in Boca Chica, Texas, on November 20. The top bulkhead exploded moments into the test, rocketing the stainless-steel cap high into the air.

Starship Mk1 is the very first prototype for SpaceX’s next series of rockets, looking to ultimately take humans to the moon and eventually Mars. The testing had begun just two days before on November 18 on the recently completed prototype, when the explosion happened.

No one was hurt, but the explosion left the silo-shaped rocket with a dented side and smoke billowing out of it for a while afterward, ultimately ending its time as a testable SpaceX ship.

Elon Musk, SpaceX founder and CEO, tweeted in response to the aerospace enthusiast account, Everyday Astronaut, after the explosion, sealing the end of Mk1. Musk also confirmed future Starship models, including Mk3 specifically, will have a different flight design from what was seen with Mk1.

Despite being the end of Mk1, Musk says failing is actually part of the SpaceX story and model. He often talks about how SpaceX was one more failed launch away from ending the company when they successfully launched a Falcon 1 rocket in 2008 after years of testing.

SpaceX is known for building and testing rockets quickly, then learning from mistakes found along the way. As put by an article from Ars Technica, their “fail early and fail forward” strategy allows them to move quickly through the redesign and testing process, unlike other more traditional aerospace companies and services.

Currently, SpaceX is building Mk2 in Cocoa Beach, Florida, where the team has already made changes based off the original Mk1 design. Back in Boca Chica, the crew is also working on the third prototype, which is expected to be the first Starship model to make it to orbit, according to Musk.