The program seeks to provide satellite internet to the world, but astronomers fear the thousands of satellites necessary will lead to collisions in orbit. 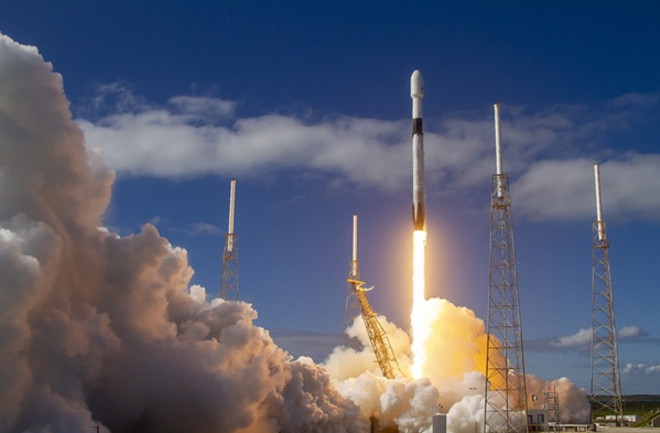 The Falcon 9 rocket taking off for the Starlink mission on November 11. (Credit: SpaceX/Flickr)

On November 11, SpaceX launched a Falcon 9 rocket carrying another 60 Starlink satellites, which will eventually provide internet service worldwide. The launch from Cape Canaveral Air Force Station made history by reusing a record number of rocket parts. But even with that feat in aerospace design, the launch wasn’t celebrated by everyone.

According to SpaceX’s plans, Starlink will be a constellation totaling about 12,000 satellites orbiting Earth. The goal is to provide internet to the United States and Canada after just six Starlink launches. After 24 launches, the internet coverage will spread across the globe. But with so many satellites orbiting Earth, astronomers and dark sky observers are nervous about how these satellites will affect their observations

When the first 60 satellites launched in May, many people noticed the satellites were so bright that they could be observed with the naked eye. And for professional astronomers and dedicated hobbyists, the satellites interrupted their views. At Lowell Observatory, a group of 25 Starlink satellites obstructed a photo capturing distant galaxies.

Elon Musk, the founder of SpaceX, claims the satellites will be barely visible when they’re in their final orbits. But many astronomers still worry the satellites could produce harmful light pollution that affects science observations.

Aside from the ongoing controversy, the launch of the satellites itself was enough to make headlines. “Every launch is an exciting launch,” said Lauren Lyons, an engineer on the Starlink team during SpaceX’s livestream. “But today’s launch represents some particular notable milestones for SpaceX.”

In what is now an era of reusable rockets, the Starlink launch saw the first reuse of a nose cone, sometimes called a payload fairing. The one used Monday had been previously used in a mission in April, which saw SpaceX’s current largest rocket deliver satellite payloads into space. The launch on Monday was also the fourth launch and successful landing of a Falcon 9 booster.

The booster, which is designed to be reused up to 10 times, was caught Monday by SpaceX’s drone ship, Of Course I Still Love You, in the Atlantic Ocean. It touched down in the middle of the landing pad without missing a beat. SpaceX planned to catch the nose cone with drone ships as well, but due to rough sea conditions the company decided to retrieve the nose cone with two drone ships after it splashed down into the ocean.

Many aerospace companies are looking to reuse more parts from their rockets as it reduces costs, saving millions per reusable part. SpaceX is leading the pack with many of its bigger projects. Its newest line of rockets, Starship, features reusability as a main factor in the design.