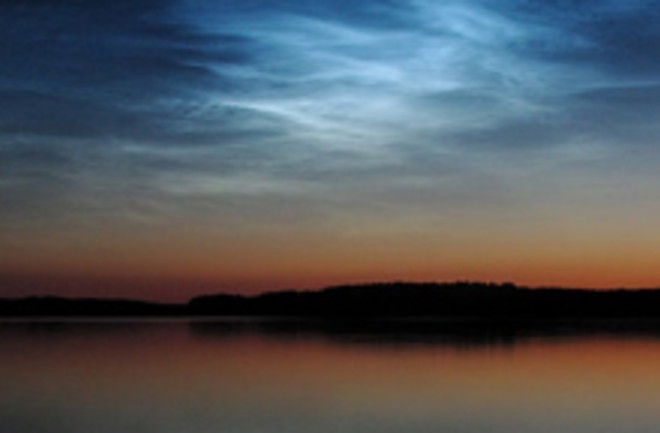 As of tomorrow, 101 years will have passed since the Tunguska Event, the mysterious explosion that flattened 800 square miles of Siberian forest. Just in time for the anniversary researchers have come up with yet another explanation for what may have caused the baffling blast. Previously, researchers best hypothesis was that a meteor struck the forest, but scientific expeditions failed to turn up an impact crater or any fragments of rock. The new hypothesis, which will be published in the journal Geophysical Research Letters, suggests that the Earth was hit by the icy core of a comet, which exploded in the atmosphere. Researchers say that a comet strike

would have released huge volumes of water vapour at very high altitude, creating highly reflective clouds that may explain why the sky was lit up for days after the collision, with people as far away as London saying that they could read newspapers outdoors at midnight, the scientists said [The Independent].

In an unusual twist, the evidence for the new theory comes from studies of the water vapor exhaust created by space shuttle launches.

Night-time or "noctilucent" clouds are the highest in the Earth's atmosphere, forming at an altitude up to 85 km [or 53 miles]. They lead to bright night skies when they are illuminated by sunlight from beyond the horizon. Such noctilucent clouds were noted in the polar regions by researchers after launches of space shuttles Discovery in 1997 and Endeavour in 2003 [BBC News].

When a space shuttle lifts off, its main engine combines liquid oxygen and hydrogen to create about 300 tons of water vapor, which can turn into clouds of ice crystals in the upper atmosphere.

Critics of the comet theory say that ice crystal clouds that formed over Siberia couldn't travel all the way to London by the next night, when the bright clouds were first sighted. But researcher Michael Kelley says the phenomenon could be explained by strange dynamics in the upper atmosphere. After a 2005 shuttle launch, a satellite

tracked water vapour from the exhaust plume as it expanded to 1000 km across and moved 8000 km south over just a few days. Kelley believes these motions can be explained if the winds are blowing in huge eddies, thousands of kilometres across. According to [study coauthor Charles] Seyler, that could be because the atmosphere up there is somehow trapped in a thin layer, which can cause small eddies to merge and grow into larger ones. This is thought to be why Jupiter has its great red spot [New Scientist].

Kelley's research hasn't convinced everyone, and plenty of researchers still remain convinced that a meteor was to blame for the 1908 explosion. But Kelley's team will continue to gather evidence, and plan to study the next space shuttle launch in July. "It's almost like putting together a 100-year-old murder mystery" [BBC News