Space Junk, Spacewalks, and Pee Trouble: News From the ISS 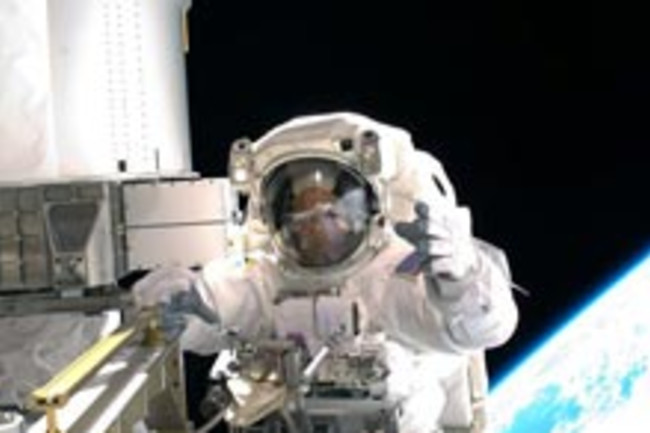 Astronauts flown up aboard the space shuttleDiscovery are working hard to get the International Space Station ready for more residents: In May, the station's live-aboard crew will expand from three to six members. But while some elements of the station upgrade have gone flawlessly, including the installation of the station's final array of solar panels, astronauts encountered problems with other crucial procedures--like fixing the station's urine recycling system. The astronauts were given an extra task when NASA issued an alert about a piece of space junk that was expected to whiz past the space station at dangerously close range.

With his ship still docked at the International Space Station, shuttle commander Lee Archambault fired up Discovery's steering jets Sunday to move the linked craft into a new position that will reduce their chances of colliding with a piece of space junk [Los Angeles Times].

The four-inch chunk of debris, part of a spent Chinese satellite, is the latest reminder that orbital odds and ends pose a threat to the Space Station. Less than two weeks ago, crew members had to scramble into an escape pod as a precaution when another piece of debris came too close for comfort.

Also Sunday, engineers were trying to figure out why a water purification system that recycles urine and condensate into drinking water was not working properly. The Discovery crew delivered a new distiller for the centrifuge-type device that was successfully tested without liquids on Saturday. Problems developed during the first test run Sunday using urine [Reuters]

, and tests had to be halted. NASA wants to have the recycling system functional by May, when the expanded crew will place more demands on fresh water supplies. The $250 million system is designed to recycle 93 percent of water used on the station, but it hasn't worked properly since it was brought to the station in November. The most critical element of the mission, the installation of the station's final solar panels, was completed after a spacewalk last week.

But astronauts ran into some trouble on their second spacewalk on Saturday, when they accidentally inserted a pin upside down on a cargo platform they were deploying, jamming the system. Says NASA official Glenda Laws-Brown:

"As you know, when you get to the International Space Station there is no up and down. And my guess is they thought they had it in the right configuration, but because up is down and down is up, it was actually 180 degrees out from where it should have have been" [Reuters].

To remedy the problem, two spacewalkers will tackle the pin with pry bars and hammers today. In one final piece of news, the billionaire Charles Simonyi announced that he'll pay $35 million for his second trip to the space station as a tourist; Simonyi will be the only tourist to have taken two space safaris. But his second visit to the station will also presumably be his last.

Russian space officials have indicated that after this year, there will be no more seats available to tourists. That's because the space station crew is about to double in size to six ... and professional fliers will fill all the slots [AP]. 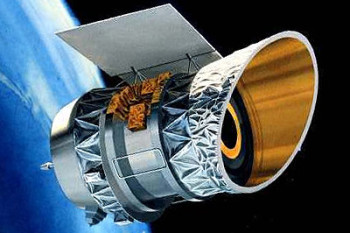