Some blind people use bat-like echolocation. 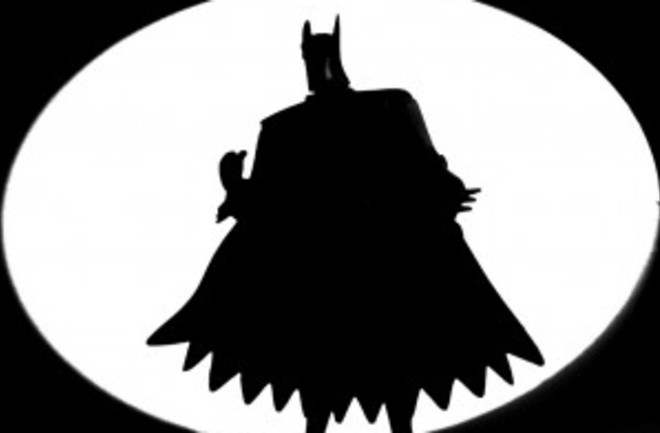 Photo: flickr/Kevin DooleyThere are many ways to cope with being blind, from using a cane to adopting a seeing-eye dog. But some blind people have gone a step further and developed the skill of using mouth clicks to echolocate, in the same way that bats navigate in the dark. Here, a group of engineers studied exactly how these 'human bats' -- or 'bat men', if you will -- echolocate. They found that the clicks are very short (~3 milliseconds) and the frequencies varied (though unlike bats, they were still in the audible range). If you're curious about how these clicks sound in real life, be sure to check out the video below!Mouth-clicks used by blind expert human echolocators – signal description and model based signal synthesis "Echolocation is the ability to use sound-echoes to infer spatial information about the environment. Some blind people have developed extraordinary proficiency in echolocation using mouth-clicks. The first step of human biosonar is the transmission (mouth click) and subsequent reception of the resultant sound through the ear. Existing head-related transfer function (HRTF) data bases provide descriptions of reception of the resultant sound. For the current report, we collected a large database of click emissions with three blind people expertly trained in echolocation, which allowed us to perform unprecedented analyses. Specifically, the current report provides the first ever description of the spatial distribution (i.e. beam pattern) of human expert echolocation transmissions, as well as spectro-temporal descriptions at a level of detail not available before. Our data show that transmission levels are fairly constant within a 60° cone emanating from the mouth, but levels drop gradually at further angles, more than for speech. In terms of spectro-temporal features, our data show that emissions are consistently very brief (~3ms duration) with peak frequencies 2-4kHz, but with energy also at 10kHz. This differs from previous reports of durations 3-15ms and peak frequencies 2-8kHz, which were based on less detailed measurements. Based on our measurements we propose to model transmissions as sum of monotones modulated by a decaying exponential, with angular attenuation by a modified cardioid. We provide model parameters for each echolocator. These results are a step towards developing computational models of human biosonar. For example, in bats, spatial and spectro-temporal features of emissions have been used to derive and test model based hypotheses about behaviour. The data we present here suggest similar research opportunities within the context of human echolocation. Relatedly, the data are a basis to develop synthetic models of human echolocation that could be virtual (i.e. simulated) or real (i.e. loudspeaker, microphones), and which will help understanding the link between physical principles and human behaviour." Bonus video: [embed]https://www.youtube.com/watch?v=A8lztr1tu4o[/embed] Related content: Tiger moths use acoustic signals to tell bats “stay away, I’m toxic!”Hawkmoths jam bat radar with ultrasonic blasts from their genitals.Smartphone-induced blindness: yup, it’s a thing.