So, You Think Yellowstone Is About to Erupt 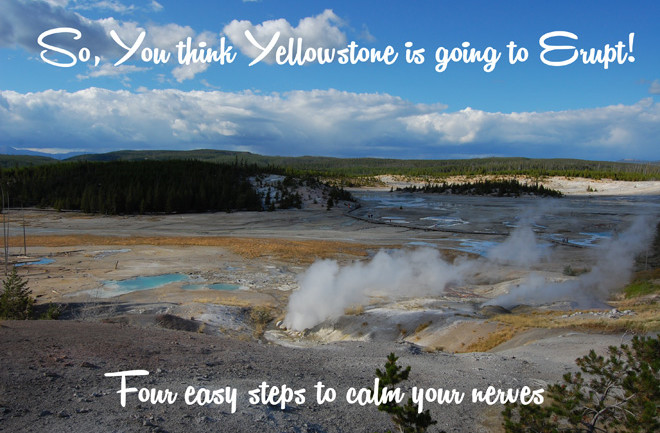 The Yellowstone Caldera - the source of boundless internet rumors. Image: Erik Klemetti The internet is a funny place. It is a bounty of incredible scientific information the likes of which the average person has never had at their fingertips. It is also a place where unsubstantiated and downright wrong rumors can catch fire and sweep people away in a fury. One of the biggest culprits in generating these blazes, at least in my neck of the woods, is Yellowstone Caldera. Very few volcanoes can offer the same insta-panic reaction that Yellowstone can, which leads to people either (a) making all sorts of wild conjectures out of fear and (b) making all sorts of wild conjectures out of malicious mischief. Many of you have emailed or tweeted me about the various flavors of Yellowstone rumors that abound (like the one recently that claims an eruption is about to occur) based on the misbehavior of a single seismometer. The Yellowstone Volcano Observatory had this to say about the borehole B944 seismometer:

The [Yellowstone eruption coming] story appears to be based on a misinterpretation of public "webicorders", which are graphics depicting seismic data, on the University of Utah Seismographic Station (UUSS) web site (UU operates the Yellowstone Seismic Network). A borehole seismometer called "B944", located near the West Thumb region of the Park, has been malfunctioning in recent weeks with strong bursts of electronic noise contaminating its data. These noise bursts appear as wild excursions on the B944 webicorders that can appear alarming to the inexperienced eye.