So, so close, but UFOlogist blows it 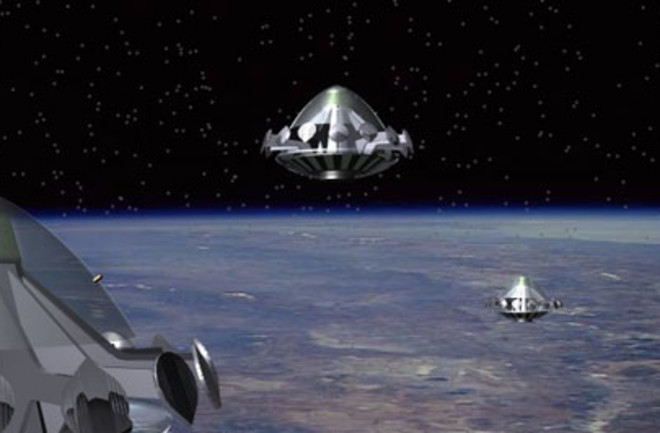 I thought that maybe, just for a sec, a UFOlogist had somehow stumbled onto reality, but his toehold was, sadly, slippery. Keith Basterfield is a UFO guy in Australia. He's written books, done research, and all that. I was rather surprised when he said that Ed Mitchell is full of it. Well, not in so many words, but he did say:

...he believes Dr Mitchell may have damaged the work of serious scientific researchers into UFOs due to the former astronaut's broad claims and his inability to source what he's presenting as fact. "Dr Mitchell declines to name the sources he is getting this information from," Mr Basterfield says. "It's always an unnamed source, or a source close to the Minister of Defence. You cannot take that as evidence of fact.

Well, that's kinda what I said. I have no problem with people investigating UFOs -- honestly! -- as long as it's done intelligently. And Basterfield's call for evidence made my heart sing! ... and then sink, because he goes on:

"He's making those statements, obviously he's gone public with them, but there is always doubt that the sources he is talking to aren't playing the disinformation game with him."

Sigh. So Basterfield assumes Mitchell really does have this info, but maybe the evul gubbmint is lying to him! I suppose that's possible, but it also seems likely that Mitchell is simply incorrect, or that his sources are incorrect. Why assume a conspiracy? And for those people who still can't figure out that just because Ed Mitchell walked on the Moon does not mean we should simply believe him (despite my spelling this out twice in previous posts), I give you this statement:

Major Mitchell also believes he was cured of kidney cancer by a remote healer who helped him using positive thought.

Well, that's better than exorcising a demon out and curing skin cancer, I guess. But not much... and we have Dr. Mitchell to thank for Uri Geller, so he has that going for him as well. Still, Basterfield also said this:

"The more one conducts rigorous investigation, rigorous interviews, looking for documentation within government sources for evidence, it is tantalising, but certainly I agree that there is no concrete evidence today where you could present to somebody and it would hold up as having only one possible explanation," he says.

I have no problems at all agreeing with this. Maybe some folks really do have their heads screwed on right. Or at least most of the way.