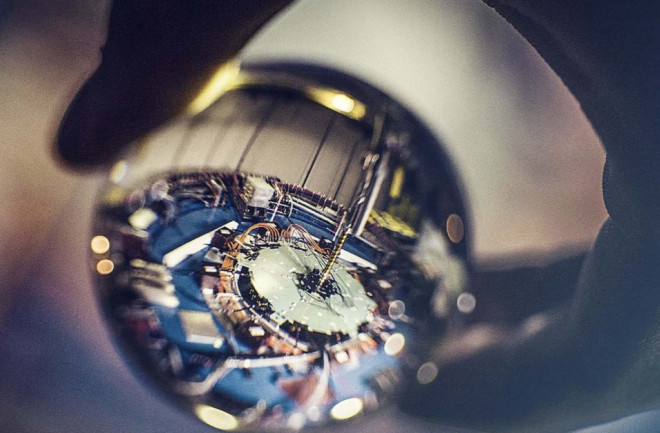 The STAR detector is reflected through a crystal sphere in this finalist photo by Joe Caggiano, from the Brookhaven National Laboratory’s 2018 Photowalk competition. STAR stands for Solenoidal Tracker at RHIC, which in turn stands for Relativistic Heavy Ion Collider — a device so complex it needs an acronym within an acronym.

STAR is actually made up of a number of detectors which, combined, are as large as a house, weighing in at 1,200 tons.

It’s one of just two operational accelerators in the world able to smash together heavy ions, like gold. This lets STAR mimic the sort of conditions found in the earliest moments after the Big Bang, when a mysterious substance called quark-gluon plasma began to cool and give rise to the universe as we know it. The STAR team is attempting to map the “strong force” holding fundamental particles together, with an upgrade to part of the detector planned for this spring.