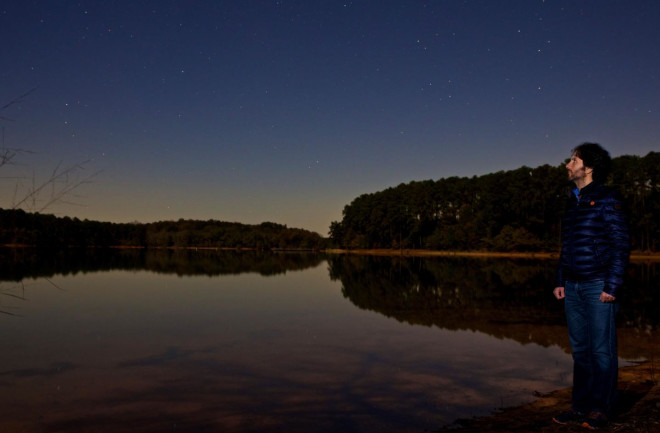 Astrophysicists estimate that our universe formed about 13.7 billion years ago, with the first stars forming when the universe was just a few hundred million years old. By peering back at the earliest days of stellar creation, scientists in South Carolina have measured all of the starlight ever produced throughout the entire history of the observable universe.

Scientists have been working to obtain this measure, also known as extragalactic background light (EBL) or “cosmic fog,” for a long time. “The EBL represents the book reporting the story of stellar activity and galaxy evolution within the universe,” Marco Ajello, lead researcher and astrophysicist at Clemson College of Science in South Carolina, said in an email.

Measuring EBL could be a great tool for scientists, helping them to better understand galaxy evolution, stellar formation processes, and how the universe has evolved, Ajello explained. But, until now, scientists haven’t been able to make this measurement because EBL is much dimmer than the Milky Way and other light in the night sky. Scientists were not able to observe far away galaxies because they were too dim and brighter light in the foreground further obscured this view. Now, by using an indirect method, scientists have finally made this measurement.

The team was able to make this stellar measurement by observing blazars, or galaxies with supermassive black holes emitting beams of matter and radiation in our direction, using NASA’s Fermi Gamma-ray Space Telescope.

“By using blazars at different distances from us, we measured the total starlight at different time periods. We measured the total starlight of each epoch — one billion years ago, two billion years ago, six billion years ago, etc. — all the way back to when stars were first formed. This allowed us to reconstruct the EBL and determine the star-formation history of the universe in a more effective manner than had been achieved before,” Vaidehi Paliya, a co-author and postdoctoral fellow who analyzed almost nine years of relevant data, said in a statement.

Blazars emit jets of energetic particles which include gamma-rays, or ultra-energetic photons. And gamma rays emitted from blazars travel through the cosmic fog (EBL), which is made up of visible and ultraviolet starlight. When gamma rays collide with visible light, they turn into pairs of electrons and positrons. “In effect, the process dampens the gamma ray signal in much the same way as fog dims a distant lighthouse,” NASA stated in a press release about the phenomenon. These collisions leave visible imprints that scientists can observe using Fermi.

“By measuring how many photons have been absorbed, we were able to measure how thick the fog was and also measure, as a function of time, how much light there was in the entire range of wavelengths,” Ajello said in the statement.

By mapping the varying densities of this cosmic fog, the researchers were able to observe extremely far (and therefore, extremely old) starlight because these collisions happen over great distances. This technique also worked because, by indirectly observing the starlight through the interactions between gamma rays and visible light, the technique isn’t obscured or impeded by bright foreground light.

“The first billion years of our universe’s history are a very interesting epoch that has not yet been probed by current satellites. Our measurement allows us to peek inside it. Perhaps one day we will find a way to look all the way back to the Big Bang. This is our ultimate goal,” Ajello concluded in the statement.

The researchers published their work today in the journal Science.