Pew has a new survey out, Public Praises Science; Scientists Fault Public, Media. Lots of interesting facts, though most are not too surprising. Scientists accept evolution at a far greater rate, are less religious and more liberal, than the general public. This is allknown. But the report is worth reading, there's a lot of data. One point which might surprise some, young scientists are much more God-believing than older ones. I think one explanation for this might be that older scientists are selection biased.We know that NAS members are far more godless than the general scientariat, so I wouldn't be surprised if those who leave science are disproportionately religious (one could suggest that these are individuals who are also more psychologically normal and rational in their life choices). Though I do find it ironic that the current scientist in the news, Francis Collins, is a white evangelical, when that group is incredibly underrepresented in science (3% of scientists vs. 19% of the general public). Below the fold are a bunch of figures that I thought were of particular interest. But here is the sample size for the scientists: 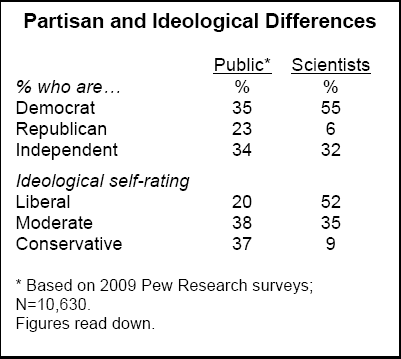 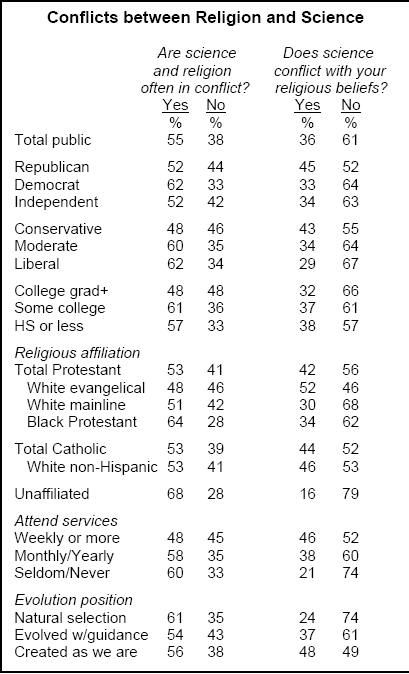 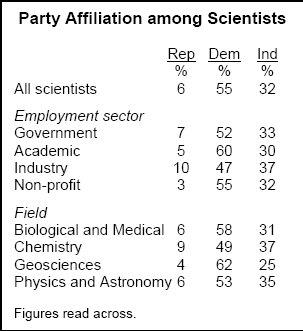 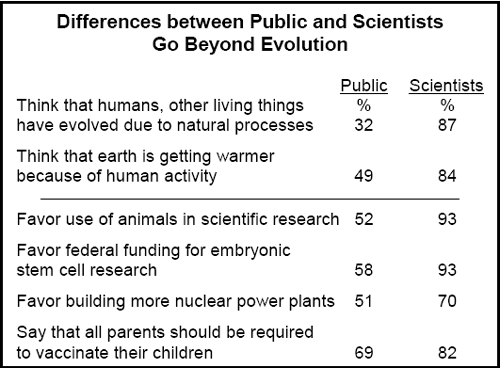 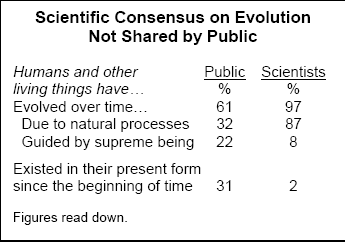 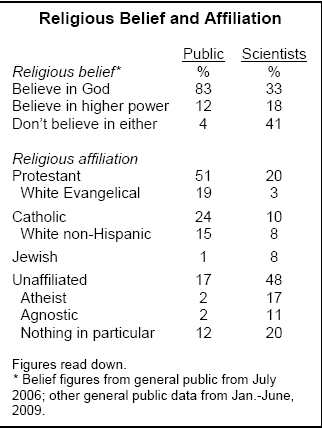 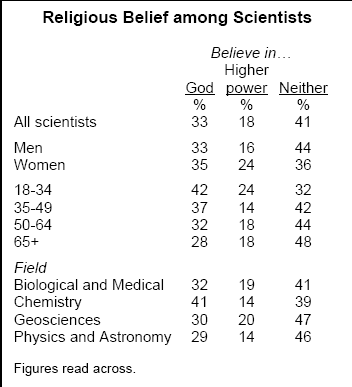 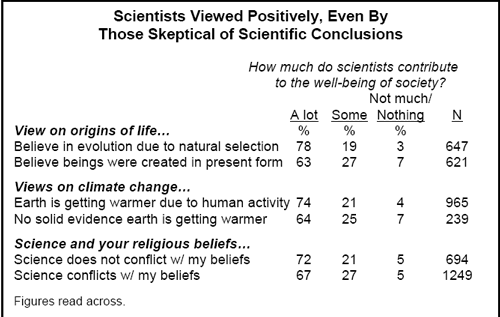