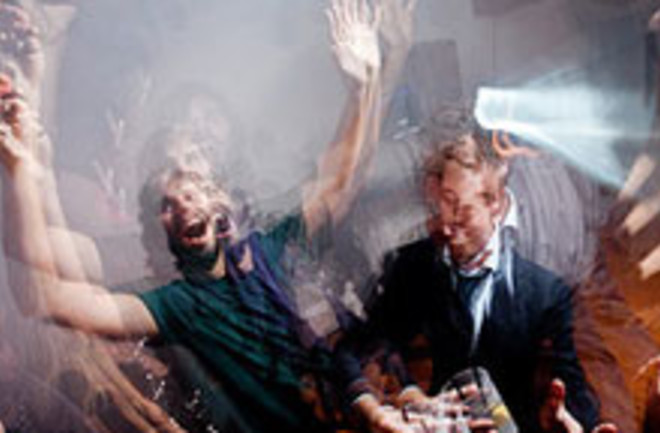 In its third year, the Dance Your PhD contest is proving that maybe, just maybe, scientists can dance. From the contest's website:

The dreaded question. “So, what’s your Ph.D. research about?” You take a deep breath and launch into the explanation. People’s eyes begin to glaze over…

At times like these, don’t you wish you could just turn to the nearest computer and show people an online video of your Ph.D. thesis interpreted in dance form?

Sponsored by the American Association for the Advancement of Science

, the competition has announced the judges-chosen finalists, chosen from the 45 entries in four science sections--and now the viewers get to choose their favorite from among them. Each finalist gets $500, and the crowd favorite gets an additional $500. The winner will be announced on October 19th, so go watch the finalists

and get your vote in. The chemistry category's finalist, "Selection of a DNA aptamer for homocysteine using systematic evolution of ligands by exponential enrichment," is danced

Maureen McKeague and company with an accompanying pop soundtrack worthy of its own Glee episode. Stay tuned for an amusing interpretation of Taq polymerase doing its thing to "Safety Dance" at the 1:58 mark.

Steven Lade and company, do a trippy interpretive dance of vesicle transport in his video,

"Directed transport without net bias in physics and biology," which seems to be a bit more "interpretive" than "dance," but is still pretty rocking. The biology finalist, "The influence of previous experiences on visual awareness," is danced

by Maartje C. de Jong and colleages. The Netherlands must really know their telemundo, cause I couldn't tell if I was watching a PhD dance or a Spanish crime drama.

about this mad-dancing-scientist project. Related Content: Science Not Fiction: "Going to the Board" in the 21st Century: Interpretive Dances of Dissertations