Can the federal government actually penalize universities that are not actively working to overcome subtle and unconscious gender bias by invoking Title IX of the Civil Rights Act? Step back and first consider these stats from Harvard on women in the life sciences: 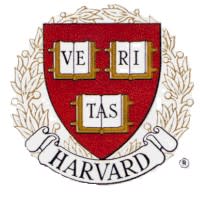 undergraduates: 57% doctoral students: 45% postdoctoral fellows: 37% assistant and associate professors: 31% full professors:13% Women in academia make less than our male counterparts, are promoted more slowly, and hold fewer leadership positions. So what's the big deal about examining gender bias? Cathy Young's Boston Globe Op-Ed suggests there could be trouble past all the inquiry. My post over at Correlations is now up exploring the disparity. Here's what Cathy had to say:

Equal opportunity, most of us agree, should be the law. But what does combating discrimination mean when definitions of bias are expanded to include the "stereotype" that success in science requires single-minded devotion? And what if some gender disparities in scientific careers are indeed related to innate differences in ability and personality? Will institutions be penalized for failing to meet impossible goals?

Can it be possible that efforts to overcome gender differences risk implementing a new and alternative bias? Read more here.